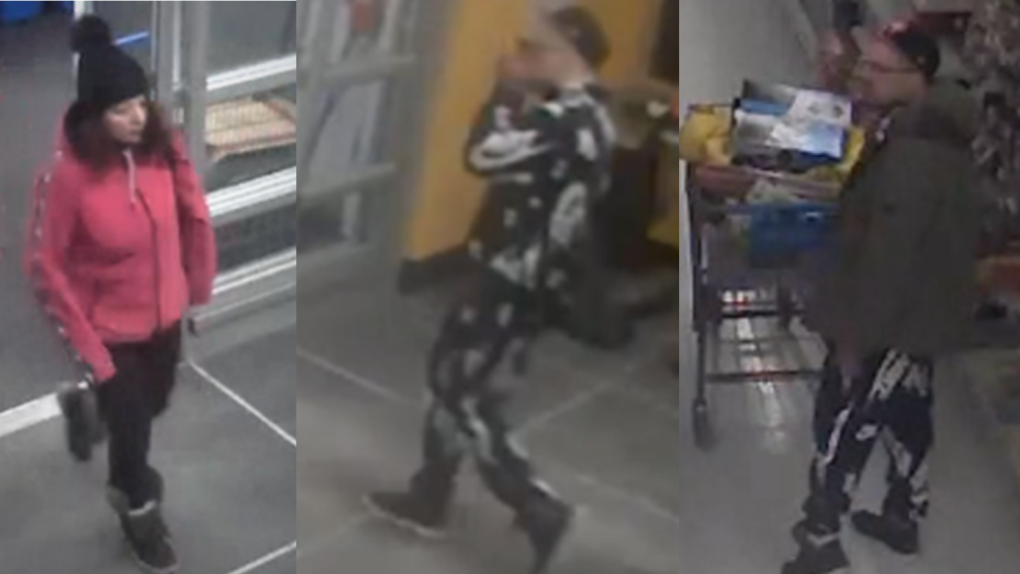 Huron County Ontario Provincial Police (OPP) have made two arrests after a robbery at a Goderich business earlier this week.

Police did not specify the business but said it happened on Huron Road on Jan. 23 at around 9:25 p.m.

Officials were contacted by a store manager who reported a robbery just took place. Police said two suspects, a man and woman, stole numerous household items from the store and loaded the items into a smaller SUV outside the building.

During the robbery, the man allegedly brandished a knife and threatened the employees. Police said the man also threatened employees saying he had a gun.

The vehicle was seen speeding through the parking lot and eastbound onto Huron Road leaving Goderich.

Police provided security images of the man and woman said to be suspects in the incident.

On Thursday morning, Huron County OPP tweeted that observant citizens in Goderich helped lead police to locate and arrest both suspects. Police said they also seized the vehicle used in the robbery and thanked those who helped.

Thanks to observant citizens in #Goderich, #HuronOPP was able to locate and arrest both suspects and seize the involved Chevrolet Tracker used in the crime. A big THANK YOU to those who helped #OPP. Suspects in custody, charges pending. ^cs. https://t.co/no7iYvLrE4