KITCHENER -- As transportation slows to a crawl around the globe while countries take action against the spread of COVID-19, an Ontario researcher says the effects on air quality in the province are already starting to show.

Hind Al-Abadleh is a professor with the department of chemistry and biochemistry with Wilfrid Laurier University.

She says she has collected data from air quality stations maintained by the Ministry of Environment, Conservation and Parks, which are found in different cities around Ontario.

She says that nitrogen dioxide is one of the ingredients that makes ground-level ozone, a major contributor to the formation of smog.

The main source of nitrogen dioxide: the transportation sector, which contributes about 70 per cent.

With more people at home because of the pandemic, less congestion and less traffic from trucks, Al-Abadleh says there has been less emission

"This is huge news, and the reason is, because it actually shows people in numbers the effect of their carbon intense lifestyle on the levels of a pollutant like nitrogen dioxide that is used, and the air quality health index that is measured to indicate how good the air is that we breathe," she explains.

All over the world, wildlife has flourished in and around cities as more people stay home.

Wild boars were caught on video in a Catalonian town under lockdown in Spain. Satellite images of major cities show that pollution has decreased dramatically. 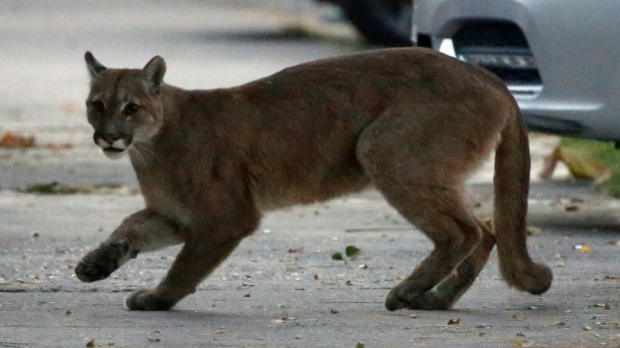 In Ontario, experts say we can expect to see a boom in wildlife populations while COVID-19 control measures are in place.

Even after more people are able to return to work, though, the progress doesn't have to be undone.

Juan Moreno-Cruz is an associate professor at the School of Environment, Enterprise and Development at the University of Waterloo.

He says that cities can learn a lot of lessons from the effects the pandemic has had.

"We have learned now that there are alternatives to the traditional model. Not the staying home part but the working from home part, maybe work locally, maybe telecommuting," he says.

"Large corporations are learning that, actually, that is a possibility. So there is an opportunity to take stock and see what new is out there."

He says that cities can expand their capacity to encourage working from home by investing in the necessary infrastructure: internet, cell phone towers and public transportation.

That kind of change, he says, is how we could maintain the advances made in air quality and pollution after people are able to return to work.

"Being able to differentiate those who need to be out and those who can stay or work from home or work remotely is going to reduce emissions," Moreno-Cruz says.

Al- Abadleh echoes that sentiment, and says that this is an important opportunity for people to recognize the impact they can have on the environment.

"We don’t have to wait for pandemics or catastrophes or extreme weather events, or more people being admitted to hospitals because they cannot breathe well, and they need oxygen because of worsening air pollution," she says.

"We don’t have to wait for these events to happen before we need to act."

With reporting from Zayn Jinah

What day is it? Why you may be losing track of time in quarantine

'Things will be different': B.C.'s top doctor says some restrictions likely in place for at least a year