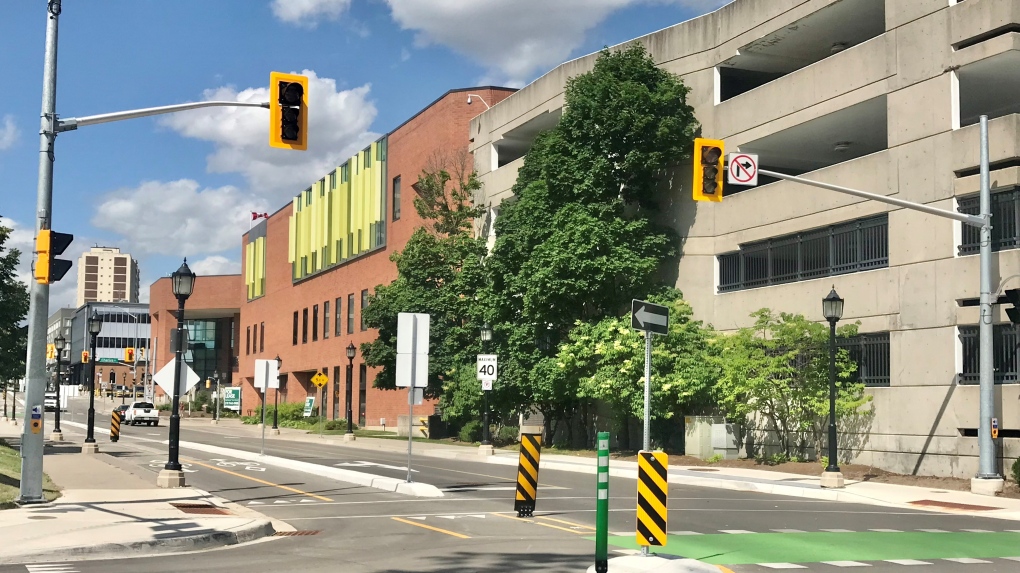 Traffic lights out at Joseph & Water in Kitchener during an outage on June 17, 2022. (Dan Lauckner/CTV Kitchener)

UPDATE: At 7:36 p.m. K-W Hydro tweeted that power had been restored.

Kitchener-Wilmot Hydro says crews are working to restore power in Kitchener’s Victoria Park neighbourhood and a section of downtown after a tree fell on a line.

In a tweet, K-W Hydro said it could take up to three hours to restore power as crews must first remove the tree and repair any damage to the line.

Drivers are asked to treat all affected intersections as 4-way stops.

In a tweet, the City of Kitchener said the outage will not affect tonight’s Neighbours Night concert at Victoria Park.

The cause of the outage affecting #Kitchener is a tree that has fallen on a powerline. Crews are working to remove the tree and repair any damage so power can be restored, which could take up to 3 hours. Thank you for your patience.

GOOD NEWS 🎉 Neighbours Night is STILL ON, #Kitchener! See you in Victoria Park tonight for an awesome concert 👋