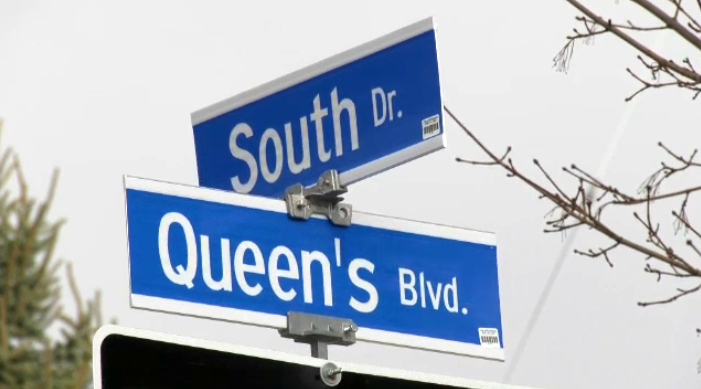 The intersection of Queen’s Boulevard and South Drive is seen on Nov. 22, 2021. (Dave Pettitt/CTV Kitchener)

Waterloo regional police are investigating a report of a prowler in the area of Queen’s Boulevard and South Drive near St. Mary’s General Hospital in Kitchener.

Police say on Sunday around 9 p.m., a 19-year-old woman was alerted to a man standing outside her backyard window.

The man appeared to try and get her attention before fleeing the area.

He’s described as white, around 6'1" to 6'3" tall, with short dark hair. He was last seen wearing a dark blue jacket.