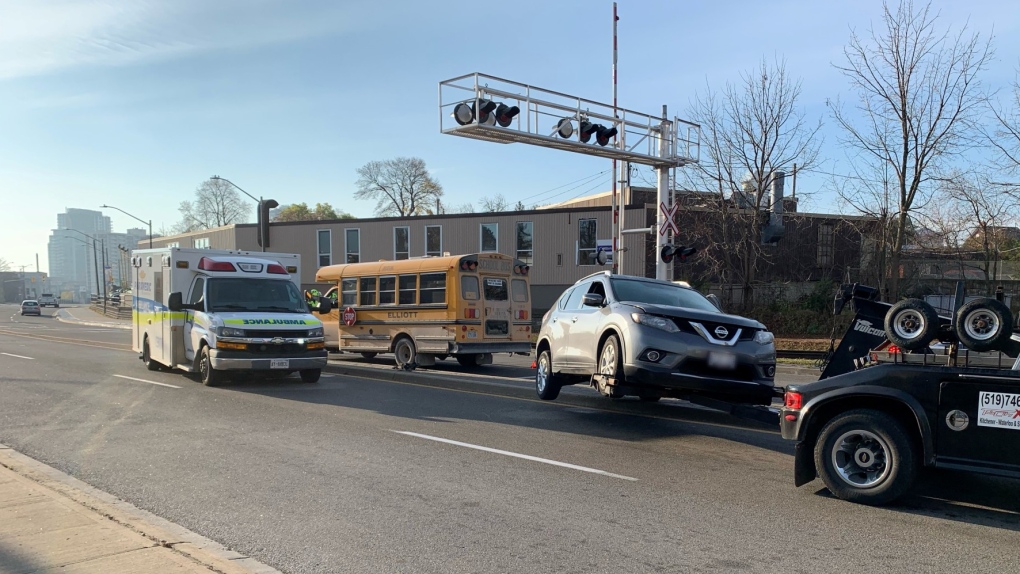 At around 9:30 a.m., one of the vehicles involved appeared to be over the centre median.

According to police, two children were on the bus but were not injured. It’s unclear which school board the students are from.

One of the drivers was taken to hospital with minor injuries. Police are unsure which driver was sent to hospital.

The south lanes on Weber Street West and Wilhelm Street were closed temporarily.

Anyone who may have witnessed the crash is asked to contact police.