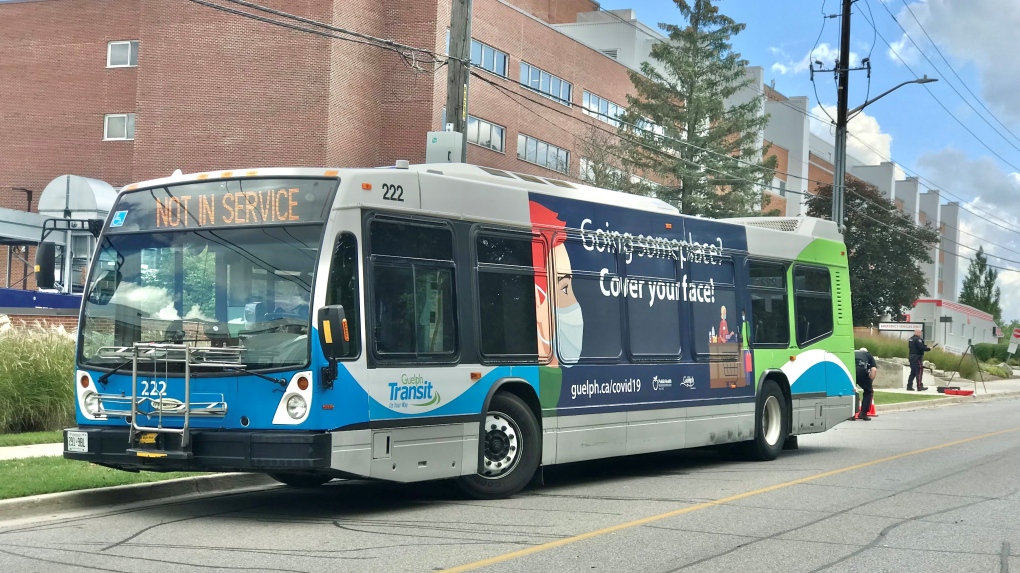 A 67-year-old Guelph man suffered serious injuries after he was struck by a Guelph Transit bus on Wednesday morning.

Guelph police say they were called to Delhi Street outside of Guelph General Hospital around noon.

According to a release, a man was struck while on the roadway by a passing Guelph Transit bus. He was transported to a Hamilton trauma centre with a "self-contained head injury," police said, adding he is listed in stable condition.

Delhi Street was closed from Emma Street to Derry Street near the hospital until around 3 p.m.

Delhi Street in #Guelph will be closed between Emma and Derry as police investigate a serious collision in the area of the hospital. Please avoid the area. #guelph #prideservicetrust -st pic.twitter.com/bm3pLT8lch