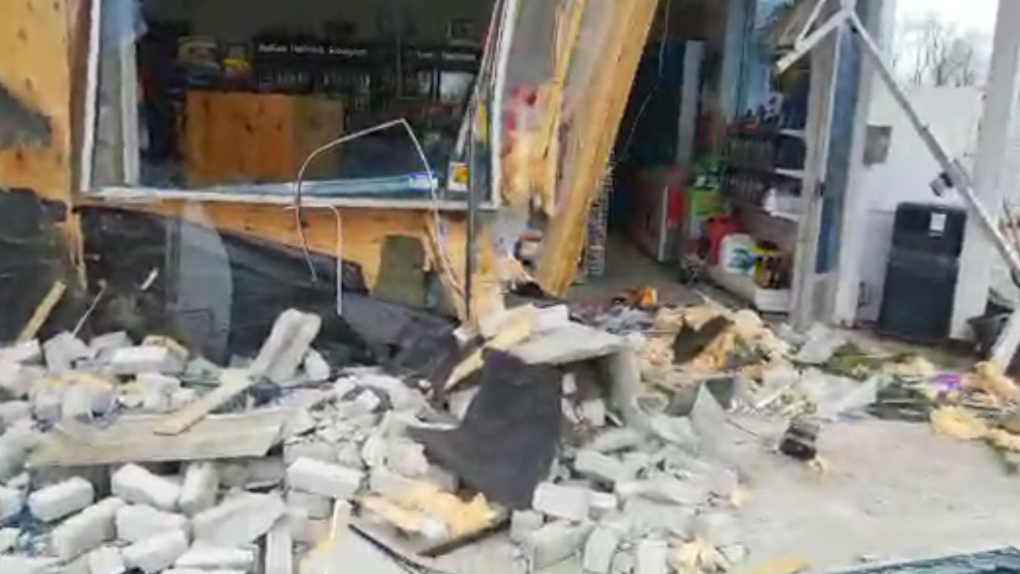 The front of a building was destroyed when three suspects stole an ATM. (@OPP_WR / Twitter)

A gas station in Port Rowan sustained significant damage after an ATM theft.

According to Norfolk County OPP, three suspects in two vehicles attended the gas station on Front Road in Port Rowan just after midnight.

The suspects entered the gas station in an effort to take the ATM, then one of them got into a dark-coloured pickup truck.

“They then took the truck, reversed it into the gas station, tied something around the ATM and forcibly removed the ATM from the store,” said Cst. Ed Sanchuk in a video posted to Twitter.

The suspects were last seen driving down Highway 59, dragging the ATM behind their vehicle.

The front of the gas station was badly damaged, with the window and door appearing to be smashed.

Police estimated that the damage was at least $75,000.

Surveillance video was being acquired in order for police to release information about the suspects and their vehicles.