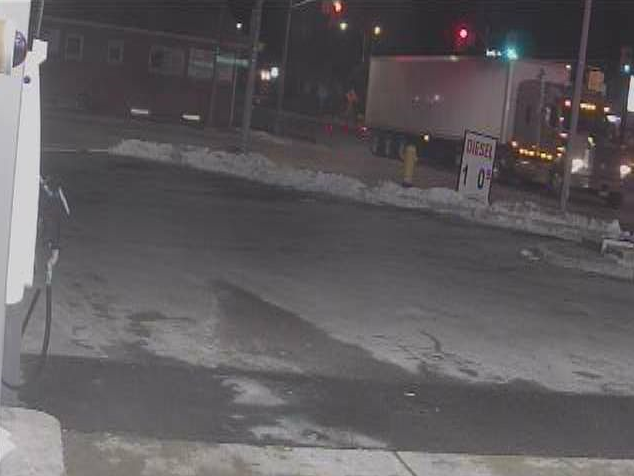 Police want to talk to two truck drivers who may have information about a collision in Norfolk County which left a pedestrian dead.

Sally Ann Dollard, 72, was killed in the March 17 collision on King Street in Delhi.

Police say she was walking on King when she was hit by an eastbound vehicle, which did not stay at the scene.

OPP have now released surveillance footage of two transport trucks that were seen in the area between 6:30 a.m. and 6:45 a.m. on March 17.

They say they want to speak with the drivers of both trucks, or anyone who has information that could help them identify the drivers.