Ontario hydro customers to be charged at off-peak rates only, government says

KITCHENER -- You could save as much as $20 on your next hydro bill after the provincial government announced Ontario hydro customers will pay lower rates for the next six weeks.

Premier Doug Ford announced Tuesday that, as of March 24, customers who pay time-of-use rates will be charged the lowest possible rate only.

That means that instead of paying more—almost double—during peak hours, customers will only pay off-peak prices 24 hours a day, seven days a week.

The Government of Ontario is providing temporary 45-day emergency relief to support Ontarians impacted by the COVID-19 pandemic. As of March 24, households, farms and small businesses who pay TOU rates will be charged off-peak rates 24 hours a day, seven days a week.

The relief comes at a time when thousands of people are staying at or working from home in an effort to slow the spread of COVID-19.

"We realize that this means people are using more electricity during the day," Ford said at a news conference on Tuesday.

"To help families and households across the province, we're switching to off-peak time-of-use electricity rates, saving customers over 50 per cent compared to peak rates for the next 45 days."

Instead, they'll only pay $0.101 per kilowatt hour no matter what time of day they use their hydro. 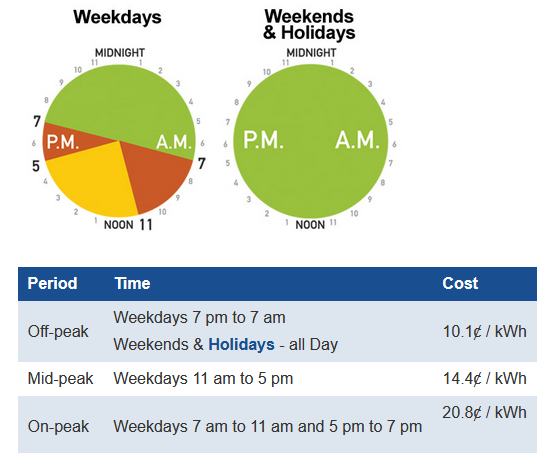 Those rates will also apply to small business owners and farmers.

Those savings are expected to amount to as much as $20 a month for families and up to $150 for small businesses.

It's a move that's expected to cost the provincial treasury as much as $162 million.

With a report from Colin D'Mello.