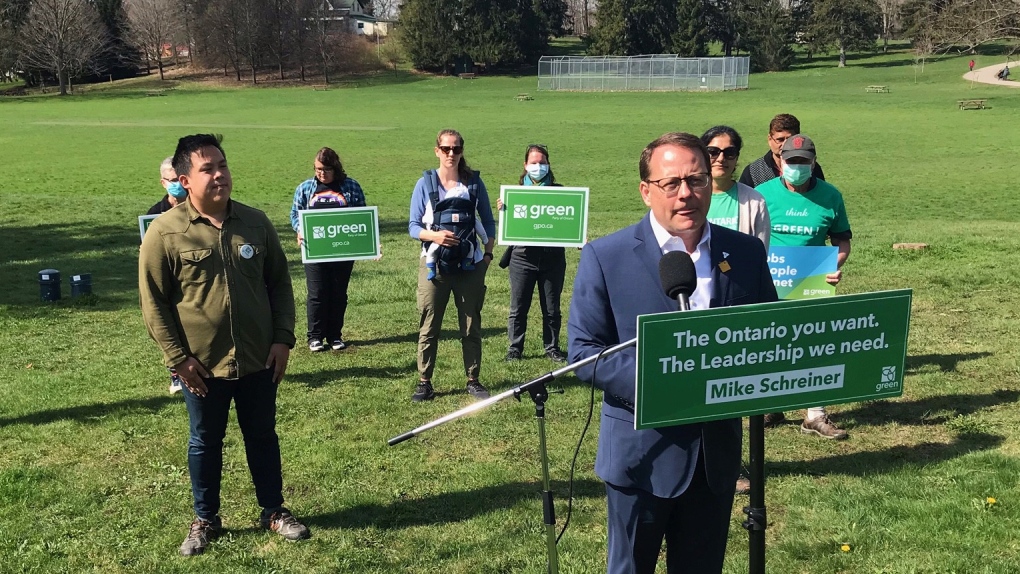 Schreiner, who is also the MPP for Guelph, made the announcement in Waterloo Wednesday morning.

“Everyone deserves an affordable place to call home,” Schreiner said in a media release.

The Greens say the 160,000 units would be built over 10 years, at a total estimated cost to the province of $10 billion.

Citing a report form the Kitchener Waterloo Community Foundation which found the wait time for community housing in Waterloo region is up to 8 years, Schreiner called the delay “completely unacceptable.”

“Housing is a human right. But successive governments haven’t acted like it, and they’ve made the crisis even worse” Schreiner said.

Schreiner has made housing a key pillar of his election platform and touted the Green’s housing affordability strategy during the announcement.

“It’s clear that the half measures of the other parties won’t cut it. We have real solutions to the housing crisis facing Waterloo and Ontario. If you want to fix the housing affordability crisis, your only option is to vote more Greens in. We punch well above our weight, imagine what more Green MPPs at Queen’s Park can achieve,” he said.