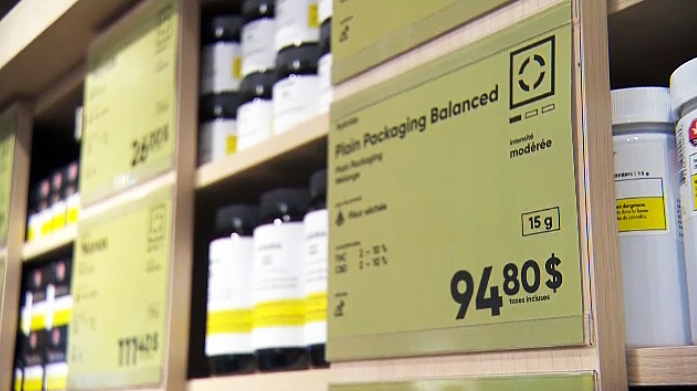 Grievances from frustrated pot customers have given the Ontario Cannabis Store the dubious distinction of being the government organization that was the subject of the most complaints to the province's ombudsman.

More than 2,400 Ontario residents complained about the government's online marijuana store in the wake of delays and delivery problems, the ombudsman said in his annual report released Tuesday.

The OCS was the single most complained-about government organization of the past fiscal year, with 2,411 concerns filed, Paul Dube said. There were actually more complaints about correctional facilities -- 5,711, up 14 per cent from last year -- but they are spread out over various institutions.

The ombudsman's office had to establish a dedicated team to handle the volume of cannabis complaints, which included a man receiving an empty box instead of his order and being told he would have to return it.

"OCS officials told him he could place a new order without charge, but he would first have to print out a return shipping label, attach it to the empty box, and send it back to them," the report said. "Faced with the absurdity of having to return an empty box for a refund, he complained to our office."

When marijuana became legal on Oct. 17, 2018, the online store was the only place to purchase legal recreational pot in the province, as brick-and-mortar stores didn't start opening until April.

The OCS had warned on its website that delivery times for orders may be longer than expected due to "unbelievably high demand" and labour action at Canada Post.

Most of the complaints to the ombudsman about delivery delays, lack of communication and customer service issues came within the first three weeks, Dube said.

"I don't know if the lead time was insufficient, but they just did not anticipate the demand," he said. "I had the image of a couple of kids on a wharf with a lemonade stand and a cruise ship showing up."

The Ontario Autism Program was one of the other top areas of complaint -- 575 complaints were received, with all but six of them coming after the government announced a new program in February.

The government has since said it will look at how to provide needs-based supports -- and shuffled out the minister -- after families protested that the amounts weren't nearly enough, particularly for kids with severe needs whose therapy can cost up to $80,000 a year.