One person pulled from flipped vehicle in crash 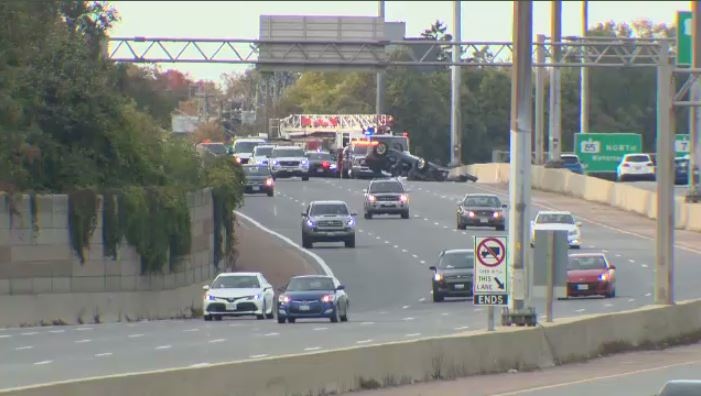 Fire officials at the scene of a crash on Highway 85 Southbound on Saturday, Oct. 5, 2019.

KITCHENER - Kitchener fire officials say one person was pulled from a vehicle following a crash on Highway 85 Southbound.

It happened just before 5 p.m. on Saturday between the Frederick and Ottawa Street exits.

Officials say one vehicle flipped over as a result of the crash.

Police say there were no reports of serious injuries.

Information on a cause or possible charges have not been released.