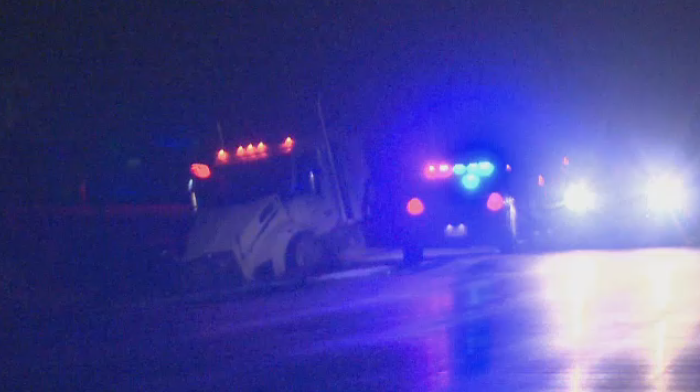 A tractor trailer on its side in Perth County following a fatal collision. (Dave Petitt/CTV Kitchener) (Jan. 24, 2023)

Emergency crews were called to the scene on Perth County Line 55 around 4:45 p.m. Monday.

On Tuesday morning, police identified the deceased as 67-year-old Lawrence Hewitt of Harriston, Ont. Hewitt was pronounced dead at the scene.

The cause of the crash remains under investigation. Police are asking anyone who may have witnessed the collision to contact them at 1-888-310-1122.

The road was closed for several hours between Road 154 and Road 155.

#perthopp are investigating a fatal collision involving two motor vehicles on Perth Line 55 in West Perth. Perth Line 55 is closed between Road 154 and Road 155. Please avoid the area. Roads will be closed for some time. Updates will be provided at a later time.^kl pic.twitter.com/yWC6J0iMFs

OPS and Ottawa Bylaw officers issued 192 parking tickets and 67 Provincial Offences Notices in downtown Ottawa this weekend, as hundreds of people marked the one-year anniversary of the 'Freedom Convoy'.

Friends and volunteers gathered Sunday at Kyiv's St Sophia's Cathedral to say goodbye to Andrew Bagshaw, who was killed in Ukraine while trying to evacuate people from a front-line town. This comes as Russian forces heavily shelled the city of Kherson, killing three people and wounding six others, the regional administration said.