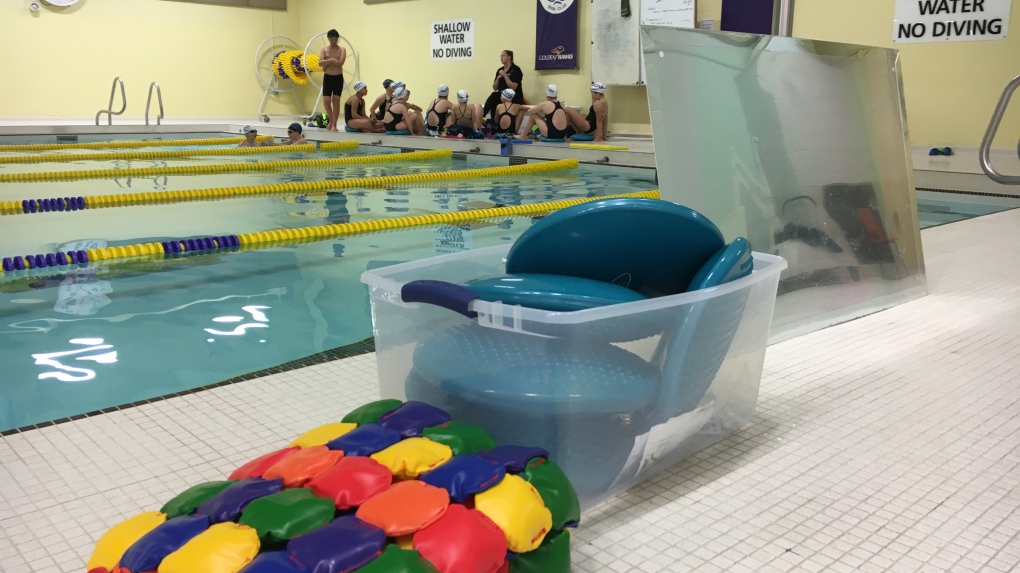 The Region of Waterloo Swim Club now has six new devices to help assist swimmers who have range of disabilities or limitations. (Terry Kelly / CTV Kitchener).

KITCHENER -- A set of special equipment was unveiled in Waterloo Wednesday night, aimed at helping make the sport of swimming more accessible.

The Region of Waterloo Swim Club now has six new devices to help assist swimmers who have range of disabilities or limitations.

The new equipment includes pool mirrors to allow swimmers, especially those with limited verbal communication, the chance to correct themselves independently.

The equipment is all thanks to University of Waterloo student Liliana Paroski who, as a Government of Canada Youth Accessibility Leader, recently applied and received a federal grant of over $7,000.

As a former competitive swimmer herself, Paroski noted there are several barriers that can prevent swimmers from reaching their full potential.

"Anybody can use these things, but it makes it so kids on the spectrum, kids with ADHD, ADD, anxiety, that they don't have to be intimidated to enter a sport," said ROW developing coach Kaitlyn Mains.

The new technologies will be available to all swimmers from any club during the Region of Waterloo Swim Club’s meets.