“A truly curated experience, like a personal touch from the moment you check-in you get a glass of wine,” said April Brown, co-founder of the June Motel. 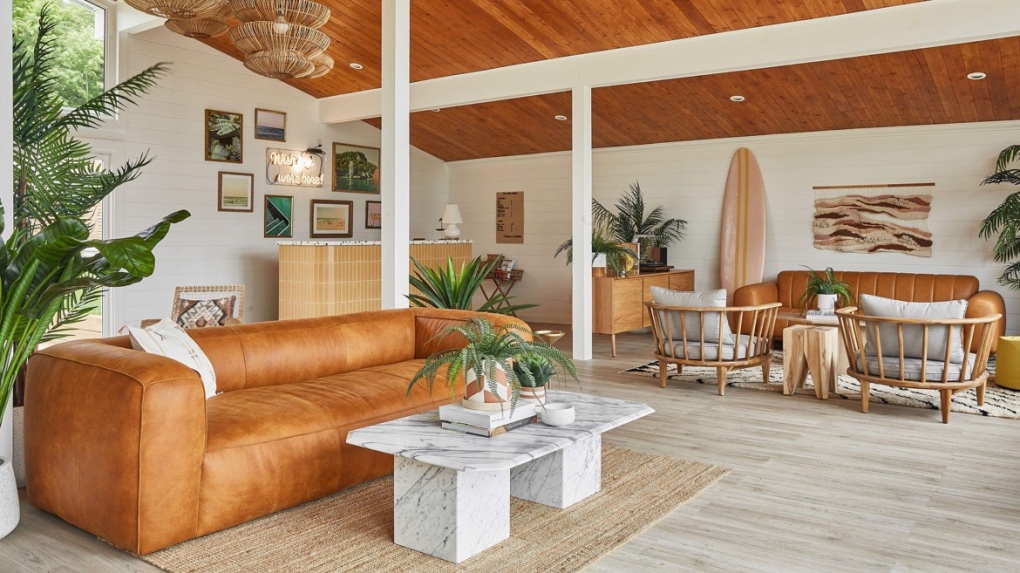 Brown and co-founder Sarah Sklash call it retro renovations with a modern twist that inspire guests to have unique stays that some might call "Instagram worthy."

“Statement wallpaper behind the bed and a pop of neon. It’s really designed to kind of be that backdrop to tell your own stories on social media,” said Brown.

The duo said they drew inspiration from the location at Sauble Beach.

“Some of our colour palettes actually came through in 'what is the Sauble sunset?' And these really amazing yellows and soft pinks and blushes and touch a turquoise,” said Brown.

The women said the show, which debuts Aug. 25, will also highlight how taking risks can pay off. The pair ditched their desk jobs to pursue this new passion.

“We started this, we were in our 30s already, when we made that pivot and we took that leap to trying something new,” Sklash said.

Their first motel overhaul was in Prince Edward County but the budget was smaller.

“It was April and I painting the walls, bringing in friends and family to wallpaper and assemble furniture,” said Sklash.

The women said the June Motel in Sauble Beach won’t be their last project. They hope to build a hospitality empire but have not yet decided where their next motel makeover will be.

“Can’t wait to go out and do it again,” said Sklash.

Alberta reported more than 2,000 daily COVID-19 cases for the first time since May on Friday.

At least eight pregnant Mississippi women have died of COVID-19 since late July -- none of them fully vaccinated -- officials said, more than doubling the state's pandemic total in just two months.