'Mystery object' found in Kitchener yard turns out to be glass 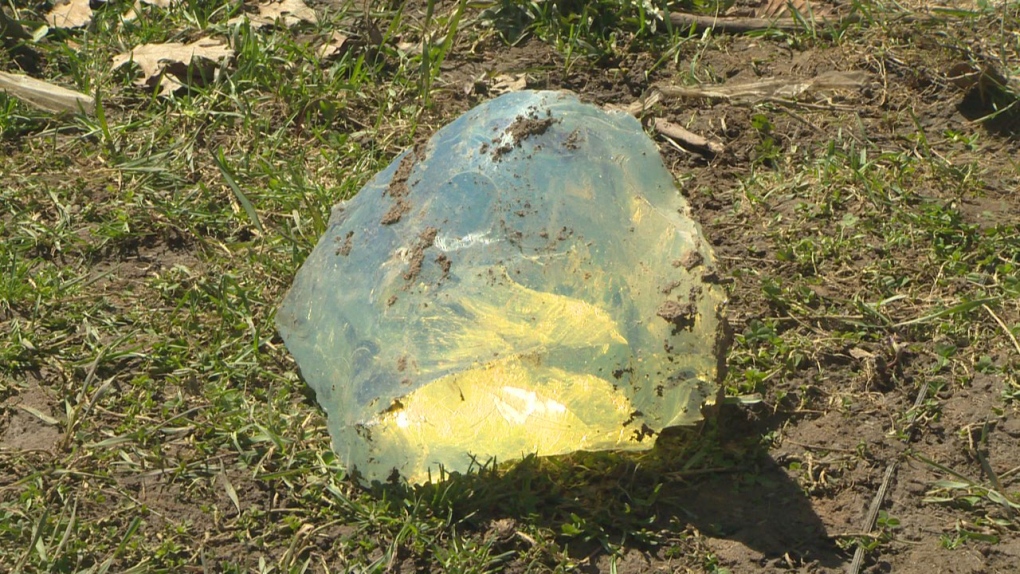 Two sisters dug up this mystery object in the backyard of their Kitchener home.

Two Kitchener sisters finally have an answer as to what they found buried in their backyard – even if it’s not the answer they were looking for.

Ali Hiuser and her sister were digging for worms earlier this month when they found a large, bluish object.

They had hoped it was part of the meteorite believed to have fallen to earth somewhere near St. Thomas in March, but that possibility was quickly ruled out.

A local gem and mineral enthusiast couldn’t immediately uncover the mystery of the object, and sent it to the University of Waterloo for further testing.

Peter Russell, curator of the school’s earth sciences museum, tells CTV News the object is in fact a type of glass sold in a variety of colours and generally used as a garden ornament.

“It is sold in big lumps like this at mineral shops in the USA,” he said in an email.

The glass will be returned to its finders.