Meet the Elora farmer behind Ontario's only lentil farm

Meet the Elora farmer behind Ontario's only lentil farm

Elora, Ont. is home to the province’s only lentil farm.

Lau-Tea-Da Lentils, which is owned by Laura Ferrier, started growing the pulse crop in 2016.

Ferrier described being the lone lentil farmer in the province as “very cool.”

“It’s been great to be able to talk to people and explain why we’re doing what we’re doing and the challenges that we have come across growing [lentils] in Ontario,” said Ferrier. “Overall, it’s great.”

Ferrier said friends in Saskatchewan challenged her to grow lentils at her farm. It was a challenge Ferrier said she couldn’t pass up.

“We thought, why not? Both my husband and I have backgrounds in agriculture,” she explained. 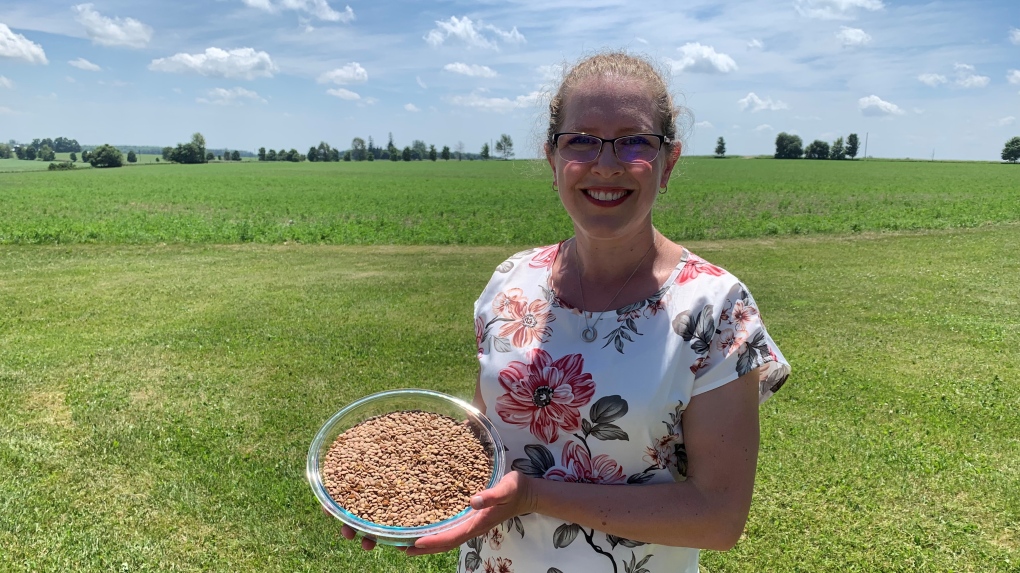 Laura Ferrier holds a bowl of lentils at her farm in Elora, Ont. (Stephanie Villella/CTV Kitchener)

CHALLENGES OF GROWING IN ONTARIO

According to Lentils.Org, Canada is the world’s leading producer and exporter of lentils, with 95 per of the country’s crop being being produced in Saskatchewan due to its dry conditions.

“Our climate in Ontario is very humid,” Ferrier explained. “Lentils do not really like that humidity, so we really had to baby them along.”

Since she started growing the pulse, Ferrier said she produces roughly a ton an acre, which is similar to yields out west.

“We’re very pleased that we’re able to meet those yields that they’re getting out there, when they’re a little more experienced in what they’re doing than us,” she said.

Ferrier has also been supplying her lentils to retailers across the province, selling them to restaurants, stores, and spas.

The Flour Barrel, a bulk food store in Guelph, has been carrying Lau-Tea-Da Lentils for the last five years.

Manager Heather Elliott said the lentils have been a big success at the store.

“I think it’s really important that we support our local farmers,” said Elliott. “If we can support local like that, then we’re helping everyone.”

Ferrier said lentils can be used in a number of different dishes, not just in soups.

“I use them as salad toppers, I’ve made hummus with lentils before. Butter chicken, I totally lowered the amount of chicken or substituted completely using lentils, and it’s delicious. Also we use them to blend into our ground meats,” Ferrier said, “Especially now with food prices going higher, this is a really great source of protein that is reasonable for families.”

This year, Lau-Tea-Da Lentils was awarded the Excellence in Agriculture by the Centre Wellington Chamber of Commerce.