KITCHENER -- A 19-year-old man has been charged with murder after police found another man dead in a Brantford home.

On Tuesday, Perth County OPP pulled over a car in response to a traffic complaint.

As part of their investigation officers went to a home on Wayne Drive in Brantford.

That’s where they found the body of a 54-year-old man who had been stabbed multiple times.

Police were on scene most of the morning investigating what they called a "domestic disturbance."

Please be advised BPS is on scene at Wayne Drive and Fairview Drive for an active investigation involving a domestic disturbance. An update will be provided this afternoon. pic.twitter.com/B3A86TREo7

The 19-year-old is now charged with first-degree murder and failing to comply with bail conditions under the Criminal Code. 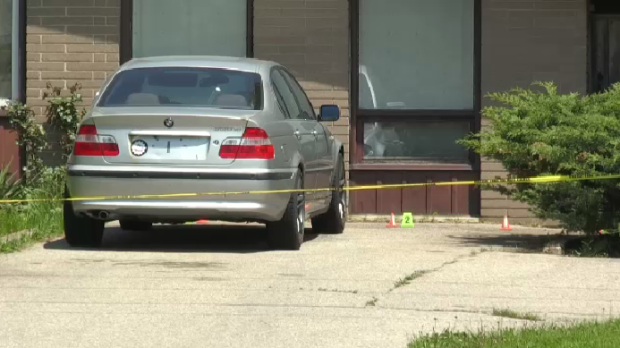 An evidence marker at the scene of a fatal stabbing in Brantford.

They say the two men knew each other and the incident does not pose a risk to public safety.

In a news release issued Tuesday, police had said that they would not confirm the identities of those involved because of a court-imposed publication ban.

CTV News has since confirmed with the Crown that the publication ban only covers what was said in the bail hearing and does not prevent the identification of the accused nor the victim.