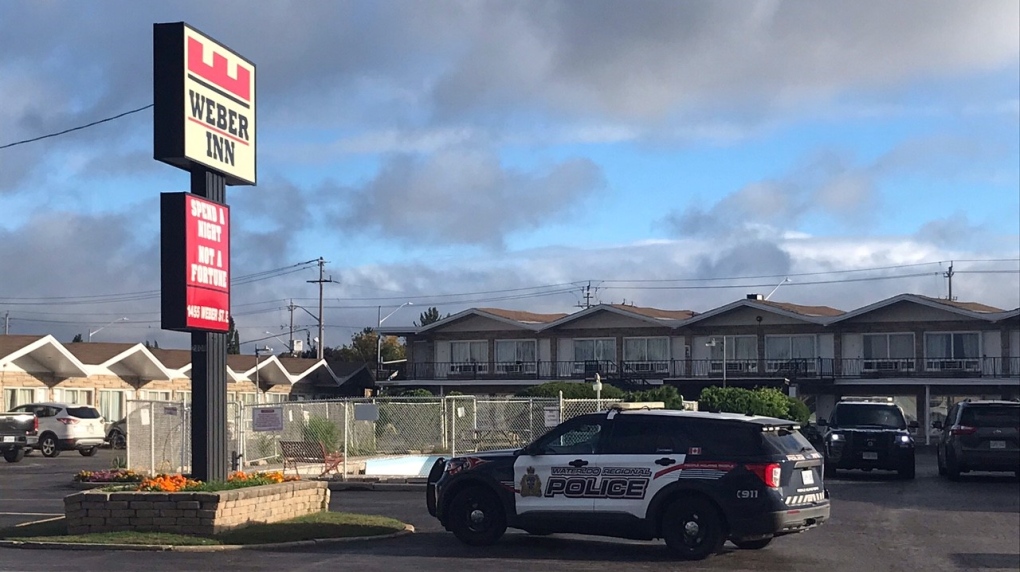 Police cars are seen parked in front of the Weber Inn in Kitchener around 9 a.m. on Thursday Sept. 22, 2022, shortly after police say a shooting occurred in the area. (Chris Thomson/CTV Kitchener)

An Ontario-wide arrest warrant has ended after a man from Windsor wanted in connection to a Kitchener shooting was arrested in Thunder Bay.

On Tuesday, Waterloo regional police said Michael Allard was arrested by Thunder Bay Police Service on Jan. 14 in connection to a shooting in September which left a 65-year-old man with non-life-threatening injuries.

He has since been transported back to the Region of Waterloo and appeared in court on Tuesday, according to police.

In December, police said an Ontario-wide arrest warrant had been issued for Allard, and at the time, he was considered armed and dangerous.

The arrest warrant stemmed from a shooting that occurred on Sept. 22 around 6:45 a.m. in the Weber Street East and Kinzie Avenue area.

At the time of the shooting, police would not confirm if the victim was shot at the Weber Inn, only saying it happened in the area.

Police tape could be seen blocking off access to a few rooms at the hotel and cruisers were parked outside.