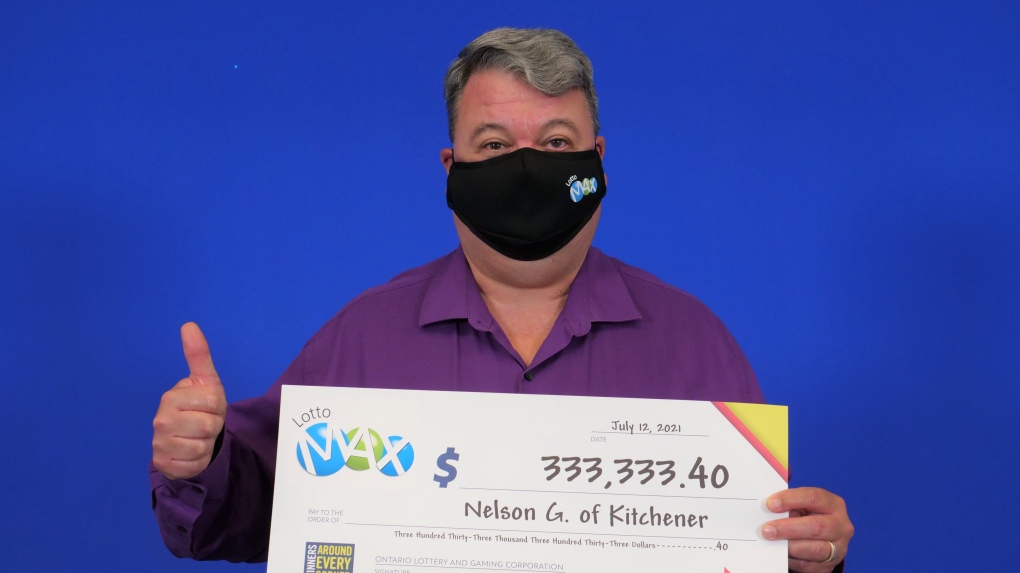 KITCHENER -- A Kitchener man has won big thanks to a lucky Lotto Max ticket.

Nelson Grigg split a MAXMILLIONS prize with two other tickets in the June 22 draw, with his share coming to $333,333.40.

Grigg says he checked his numbers on the OLG Lottery app, but didn’t believe what he was seeing.

“I saw a big number pop up on my phone and thought it was a mistake,” he said in an OLG release. “I called my wife to come take a look and we restarted the app to check again. It was at that point we knew we won, and we went right to the store.”

Grigg went on say that he’s a regular lottery player but this was his first big win.

He plans on using the money for travel and retirement.

“We would like to purchase a motor home and book some cruises to see some different cultures around the world,” he said in the release.

The winning ticket was purchased at KC Convenience on Doon Village Road in Kitchener.