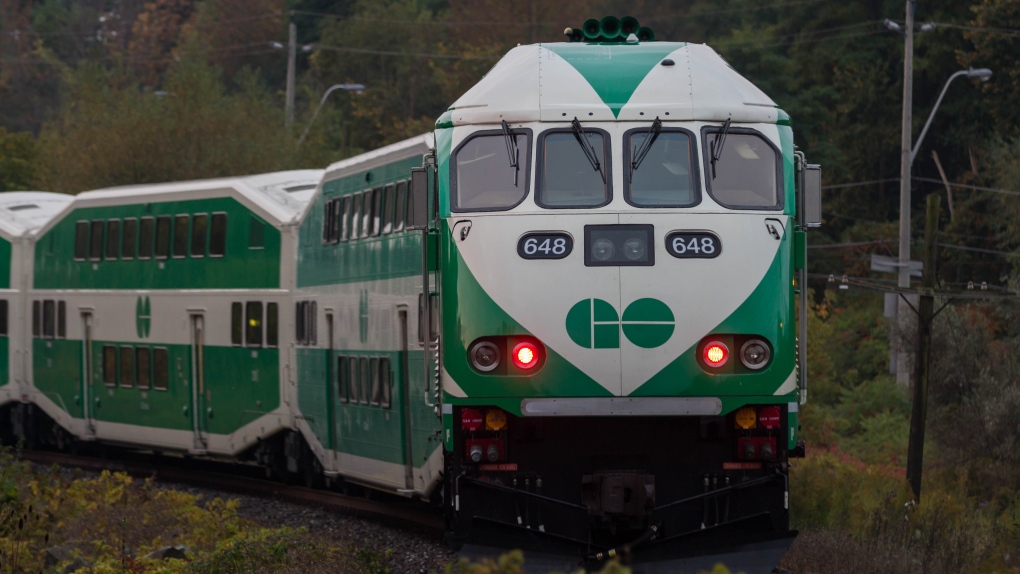 A GO train approaches a crossing in this file photo. (Tom Stefanac/CP24)

Travellers in Kitchener have more options to get to Guelph and Toronto with evening GO Transit routes coming back into service.

On Tuesday, the public rail service will see evening trips return on the Kitchener line.

Here’s a list of the new evening routes provided by GO Transit starting May 24:

Also starting Tuesday, May 24, more trips will start and end at Kitchener GO throughout the day.

The 8:34 a.m. westbound train from Union Station in Toronto will be cancelled and replaced by bus service, departing from the Union Station Bus Terminal at 8:16 a.m. to accommodate rail traffic in the network.

A release from GO Transit also notes some trains may be shorter than others. Please look down the platform when the train approaches as you may need to adjust where you’re waiting. Be sure to use all available doors to board and listen for station announcements. GO Transit continues to monitor ridership and will adjust train lengths as needed.

Emergency room delays to continue for 'quite some time,' doctor warns

An emergency room physician is urging governments to address the country’s shortfall of health-care workers in light of the recent temporary shutdowns of emergency departments and the staffing downsizing at others.

The family of a woman who was set on fire while on a Toronto bus in a random attack last month has released a short statement following her death.

A high school friend of B.C. teen Amanda Todd has testified he took action when he saw what he described as a 'pornographic' picture of her on Facebook in November 2011.