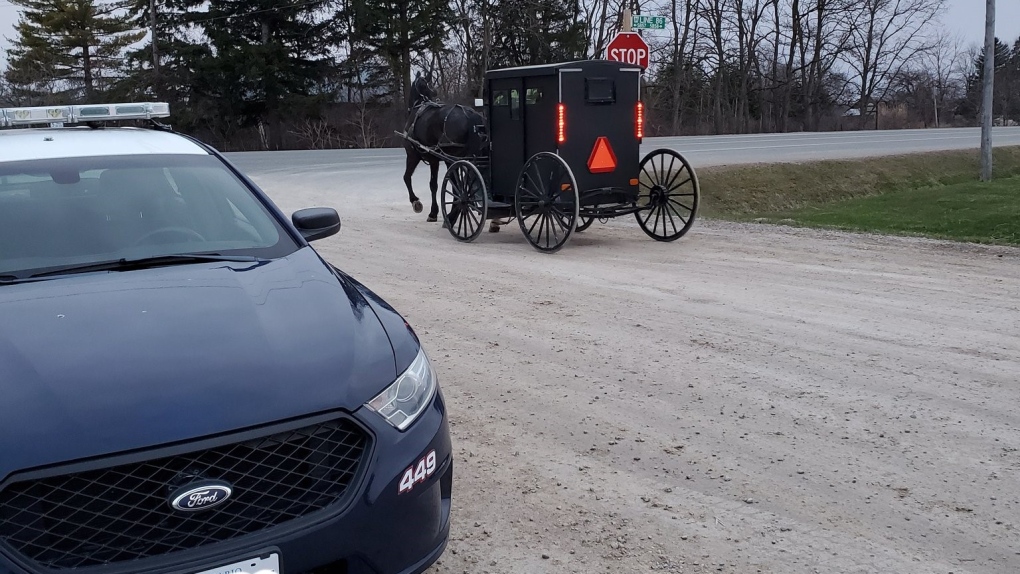 Investigators are trying new methods to understand what happened during a fatal horse and buggy crash in Woolwich Township.

Regional police blocked off roads around Line 86 and Sideroad 16 Saturday evening in connection with a crash that happened in late October of last year.

Officials say they were trying to recreate the crash scene from six months ago with some help from local residents. This included a horse and buggy being rode through the area.

The two were ejected from the buggy and taken to a hospital in Guelph, where the man died from his injuries.

Police say a 20-year-old man driving a Honda Civic was involved in the crash.

There was no update from officials Saturday regarding the collision investigation.