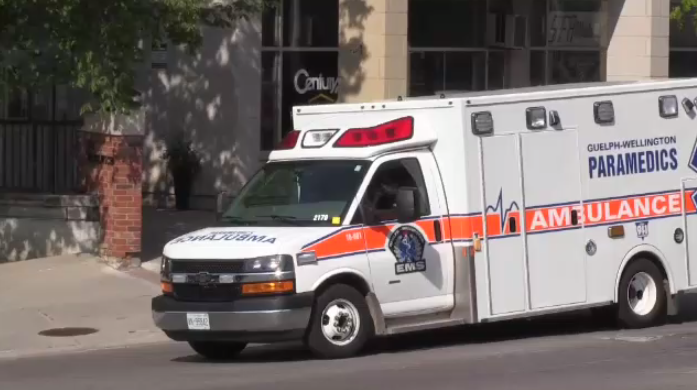 A man has been charged after he allegedly injured a paramedic who was helping him.

The incident happened on Clair Road East on Tuesday.

Police say the accused, a 49-year-old Guelph man, was intoxicated when he fell and hit his head.

Paramedics were in the process of taking him to hospital when he got allegedly aggressive and grabbed one of them, causing injury.

Police then began assisting and, after he was treated for his injuries, arrested the man.

He’s been charged with assault and will appear in court on June 25.

The severity of the paramedic’s injuries is unknown.