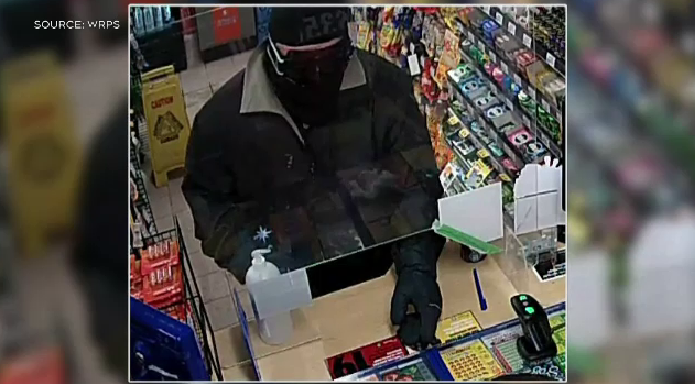 Waterloo regional police are looking to identify and talk to this person in connection to a Kitchener robbery. (Source: WRPS) (Jan. 13, 2021)
KITCHENER -

Waterloo regional police have released an image in connection to a Kitchener gas station robbery that left a clerk injured.

Police say they're looking to identify and speak to the person in the photo.

The incident happened Sunday evening when a man reportedly entered a business in the Highland Road West and Fischer-Hallman Road area and demanded cash from an employee.

There was an altercation and the clerk was taken to hospital with non-life threatening injuries, according to officials.

The suspect is described as a white man in his 50s.