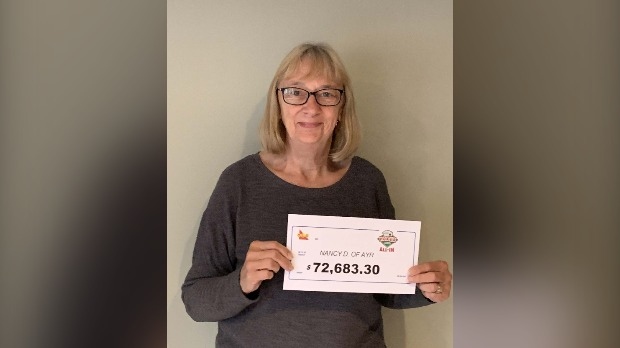 KITCHENER -- An Ayr woman won more than $72,000 in a Poker lottery game in February.

She said she was out for groceries when she discovered her Poker win.

“I thought I won $500 but then realized I actually won $72,000. I’m pretty sure my mouth dropped open but because of the mask no one could see," she said in a news release.

Davis said she'll share her winnings with her children and wants to travel when it's safe again.

Davis bought her winning ticket at Zehrs at Pioneer Drive in Kitchener.