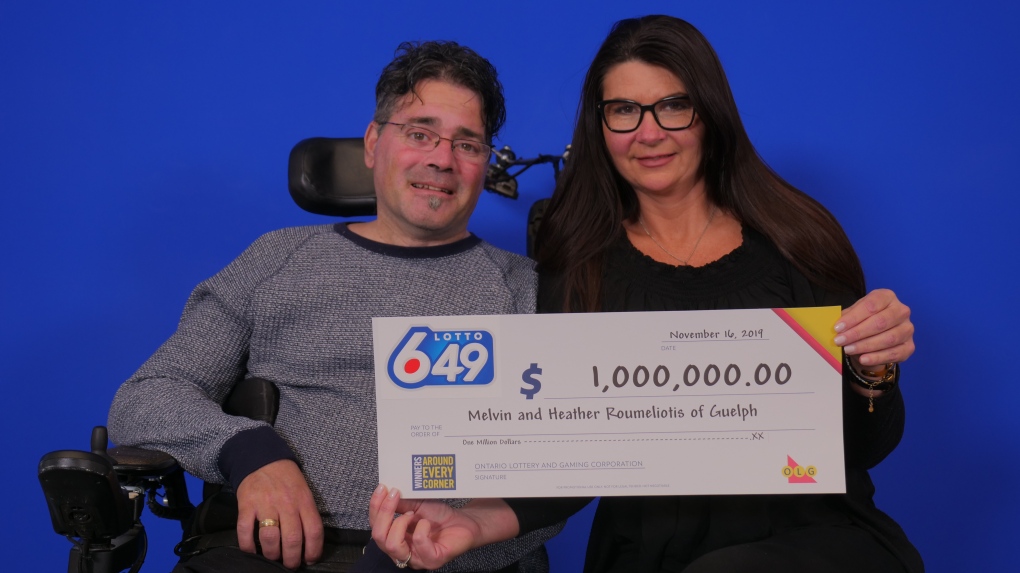 KITCHENER – A Guelph couple is celebrating a seven-figure lottery prize.

Melvin and Heather Roumeliotis found out they won the guaranteed $1 million prize in the Nov. 13 Lotto 6/49 draw.

"We were shocked and turned stone faced when we realize(d) we won," Melvin told OLG when picking up their cheque.

The parents of two say they're going to invest and share their money before spending it.

As if a million-dollar prize wasn't enough, Melvin earned some extra brownie points before they left the OLG prize centre.

The pair bought the ticket at the 7-Eleven on Speedvale Avenue in Guelph.