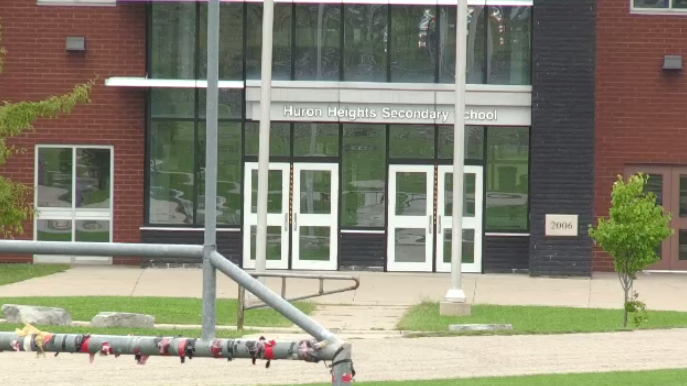 KITCHENER -- Huron Heights Secondary School in Kitchener has reported its fifth case of COVID-19 in its student body.

The case was updated on the school board's website on Tuesday afternoon, more than two weeks after the school's first case was reported.

Keep track of every case of COVID-19 in Waterloo Region's publicly-funded schools here.

Officials said that the student was last in the building on Sept. 22, and that public health officials didn't identify any high-risk school contacts.

"They have determined that there was no exposure to students or staff during the infectious period," a news release from Huron Heights read in part.

Earlier this week, a spokesperson for the school board had said that public health officials weren't able to find an epidemiological link between the cases, and thus no outbreak was declared.

Two outbreaks have been declared at Waterloo Region schools since students returned to school. One, at KCI in Kitchener, had an outbreak declared after a student and a staff member both tested positive for COVID-19. The outbreak there has since been declared over.

There is also an outbreak at a Ecole Cardinal-Léger in Kitchener. It's still ongoing after two people there tested positive for the disease.

Anti-masker attended massive rally instead of self-isolating when returning to Canada, police say