Girl found in water in Dunnville, Ont. under two-and-a-half-years-old: OPP

Provincial police have provided new information about the age of a young girl whose body was found in the water in Dunnville, Ont. earlier this week.

She is now believed to have been between ten-and-a-half months and two-and-a-half-years-old at the time of her death, OPP said Friday.

Studies are being done to determine the length of time she was in the water. A post-mortem was conducted Thursday and additional testing has been scheduled, police said.

As the investigation continues, police issued a specific request Friday.

Investigators are asking anyone who may know of a family with a little girl who may have left town suddenly or moved away under circumstances now considered suspicious to contact them.

The girl's body was discovered by people fishing in the Grand River on Tuesday and emergency responders arrived around 1:22 p.m.

"It's tragic, and it's disturbing," said Detective Inspector Shawn Glassford with the OPP on Wednesday. "Somebody out there is missing this child. Somebody is wondering what happened to this child and we want to hear from those people." 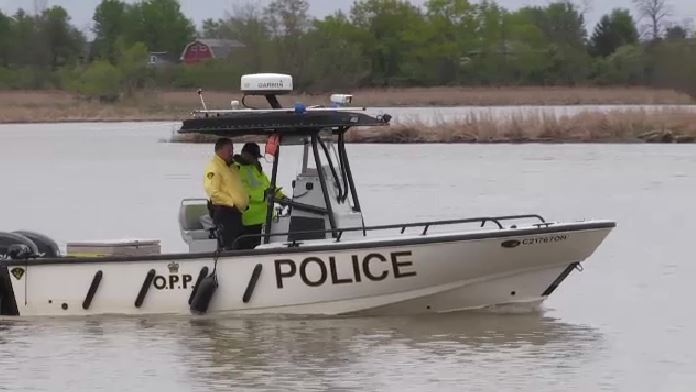 An OPP boat searches the Grand River in Dunnville, Ont. after the remains of a young girl were found. (May 18, 2022)

"I just can't imagine that someone would do that to a baby... a baby," said Chris Aldridge, who lives in Dunnville.

"It's very, very sad," said another resident, Kathy Gilbert. "I can't believe it. Something like this would happen in this town. It's just a sad day."

Police said they are looking into missing person reports from across Canada and the United States as part of their efforts to identify the girl.

Authorities have also set up a special tip line for anyone who may have information that can help in their investigation.

"We're hopeful that members of the public will assist us," said Glassford. "I think this is one of those cases that we're really going to depend on the public to help us identify this child and determine what happened and how this child ended up in the river and the circumstances surrounding that." 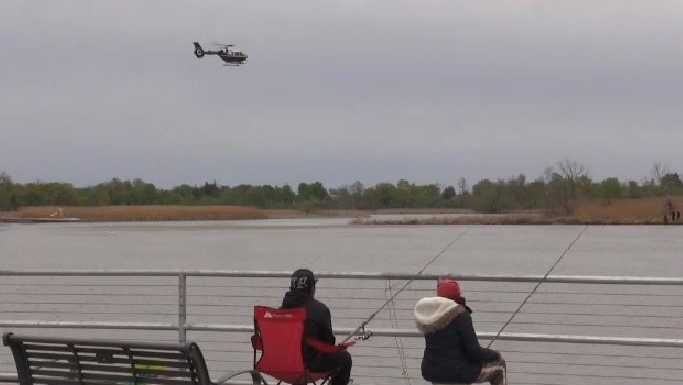 The community of Dunnville is located near the mouth of the Grand River in Haldimand County. There are a number of boat launches along the waterfront and wind turbines lining the shore.

The Bank of Canada's strategy of rapidly increasing its key interest rate in an effort to tackle skyrocketing inflation will likely trigger a recession, a new study from the Canadian Centre for Policy Alternatives (CCPA) says.

A shooter fired on an Independence Day parade from a rooftop in suburban Chicago, spraying the crowd with gunshots initially mistaken for fireworks before hundreds of panicked revellers of all ages fled in terror. At least six people were killed and at least 30 wounded.

Travelling soon? Here's how to have a stress-free airport experience

A day after Russian President Vladimir Putin declared victory in seizing an eastern Ukraine province essential to his wartime aims, a city in the path of Moscow's offensive came under sustained bombardment, its mayor said Tuesday.

Saving for retirement is becoming out of reach for young Canadians

Two climate change protesters were arrested after they glued themselves to the frame of a famous John Constable painting hanging in Britain's National Gallery, the central London museum and police said.