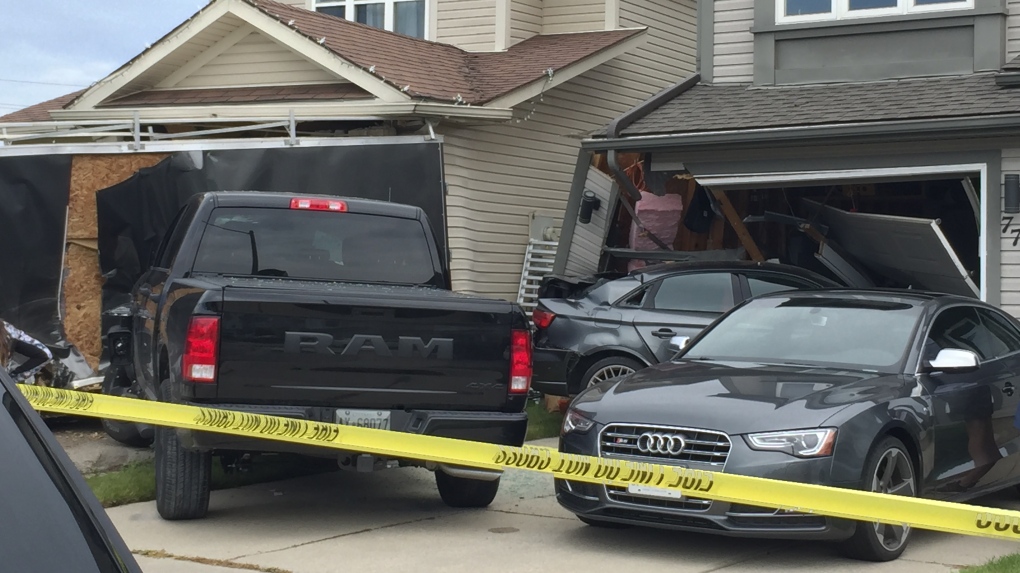 Fire officials on scene of the collision say a truck hit a parked car on Angler Way in Waterloo into the garage of one home. They say the truck then kept going, striking a trailer parked in front of another home, damaging both the home and the trailer.

Police said a 28-year-old man from Waterloo was driving the vehicle.

Two people were taken to hospital with non-life-threatening injuries.

In a release, police said the homes had extensive damage and the residents were relocated until officials were able to determine if the structures were deemed safe and secure.