Health Canada plans to limit use of 2 neonicotinoid pesticides 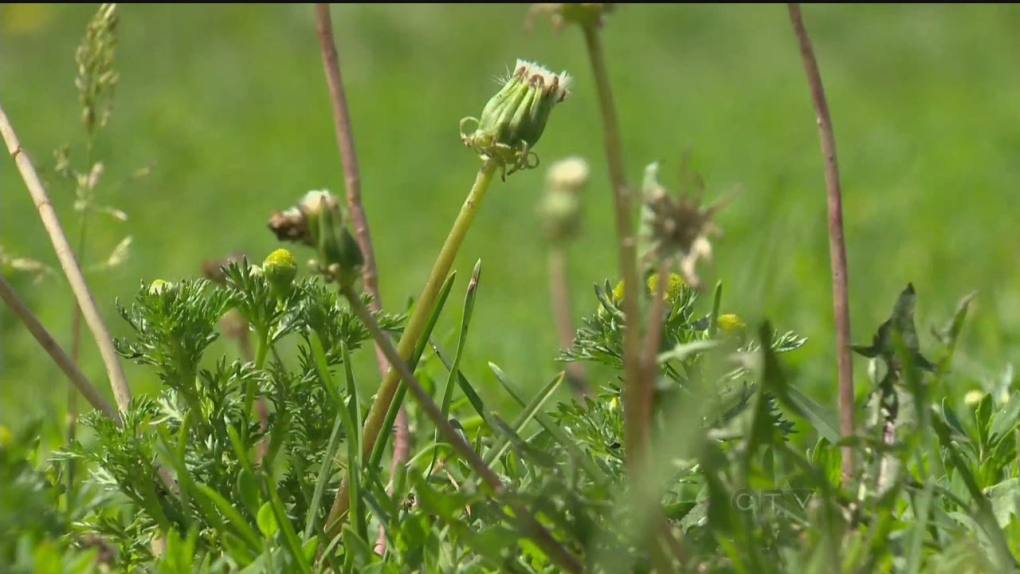 Canada doesn't want to issue a blanket ban on certain pesticides which environmental groups say are killing everything from honey bees to earthworms.

Instead, Health Canada's Pest Management Regulatory Agency is proposing limiting the use of two neonicotinoids and adding more warning labels to the bottles.

Neonicotinoids, also known as neonics, are nicotine-based pesticides commonly used by farmers to help keep everything from field crops to fruit orchards free of pests like aphids, spider mites and stink bugs.

The regulatory agency has been researching them since 2012, after widespread reports of honey bee deaths led scientists to believe neonics were one of the culprits.

In 2016, Health Canada decided one of the three main neonics, imidacloprid, should be banned almost entirely because it was building up to toxic levels in surface and groundwater, killing insects that are food sources for fish and birds.

Tuesday's decision affects the other two, clothianidin and thiamethoxam. The proposal is to phase out their use as direct application to the leaves of certain crops and on municipal and residential lawns, but allow their use to pre-treat seeds before planting. New warning labels will also be added.

Environmental groups want Canada to ban neonics entirely, emulating France, which is banning them as of next year.

Italy banned the use of neonics as a seed treatment almost a decade ago. The European Union hasn't allowed their use on crops which attract bees since 2013.

Ontario phased in limits on the use of neonics for corn and soybeans in 2014, and Quebec proposed similar limits this year. Vancouver and Montreal have both banned their use entirely within city limits.

The government intends to consult on the proposals for 90 days, a little longer than the usual 60 days, and it can expect to hear an earful from environmentalists.

Beatrice Olivastri, CEO of Friends of the Earth Canada, called the proposals "a dog's breakfast of measures that will confuse users while continuing to harm bees."

Lisa Gue, senior science and policy adviser at the David Suzuki Foundation, said the fact Health Canada isn't banning the use of neonics as a treatment on seeds is a major problem since the seeds are the biggest source of neonic contamination.

"There is a gaping hole," she said.

Farm groups want more research done on alternatives and possible improvements to the application of neonics to limit exposure for bees while enabling farmers to continue to produce pest-free crops.

In September, the International Union for Conservation of Nature updated a 2015 report on neonicotinoids which said a review of more than 1,110 peer-reviewed research studies showed there was no doubt neonics were causing the deaths of bees as they flew through chemical-laden clouds of dust from neonic-treated farm fields.

The report said neonics were also having a major impact on other invertebrates such as earth worms, and aquatic life. Health Canada is studying the aquatic impact of neonics separately.

Research suggest neonics can affect reproduction, growth and movement for these species, as well as make them more susceptible to disease.

Honey bees are responsible for pollinating about one-third of the world's crops and all wild plants, and the loss of large populations of bees could affect the world's food supply.