A Standardbred horse from Puslinch, considered the fastest to ever race, is retiring.

With one race to go, Bulldog Hanover's career is on a high after winning the ‘Breeder’s Crown,’ which is the biggest race in Canada, over the weekend.

“Winning that race is like a Canadian winning the Stanley Cup,” said Johnny Mallia, Bulldog’s trainer. “That’s how it feels for me.”

This summer, he broke the world record for fastest Standardbred ever to race. He ran the mile on Pace Night in 1:45.4 — topping the previous record of 1:46.

Throughout his racing career, the horse has won more than $2.5 million, and has 27 wins under his belt.

“He’s a superstar, everybody really enjoys watching him,” Mallia said. “They know he’s good, and the horse knows he’s good.” 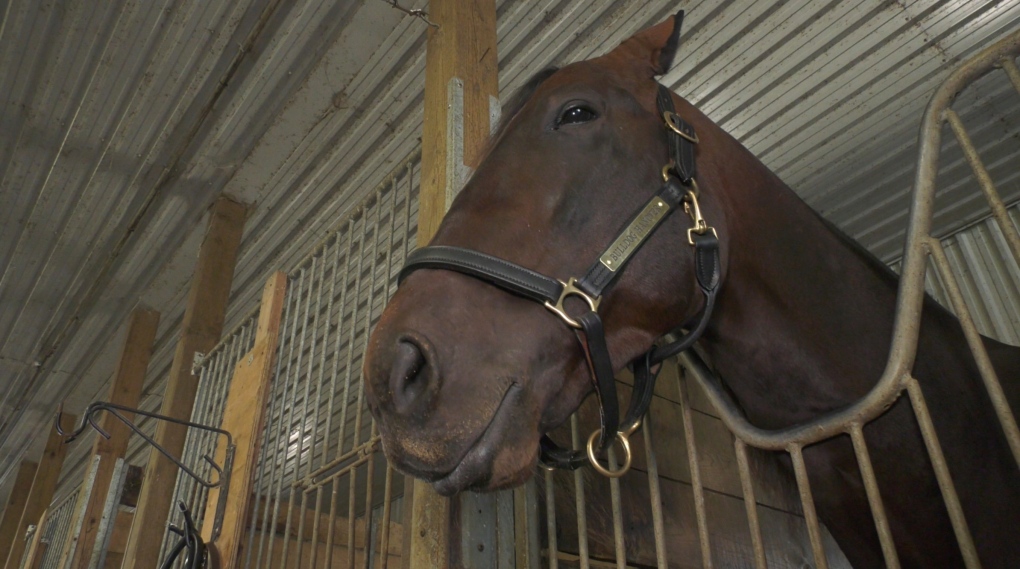 Bulldog Hanover is ending his racing career on a high. (Ricardo Veneza/CTV Kitchener)

But after three years of racing, Bulldog Hanover is now retiring. He will now be standing stud and be used for breeding.

“It’s a little bit hard to take, because he won’t be racing anymore,” Mallia said. “[But] there’s so much money up for grabs as sire. He’ll be doing full duty, so it’s too much to do both.”

Mallia said while Bulldog won’t be on the tracks anymore, his legacy will carry on.

An earlier version of this article indicated Bulldog Hanover's career was done. Bulldog Hanover will be, in fact, involved in one more race on Nov. 26. The article has been ammended to reflect this.