Grocery store catches man stealing, sends him home with a bag of groceries 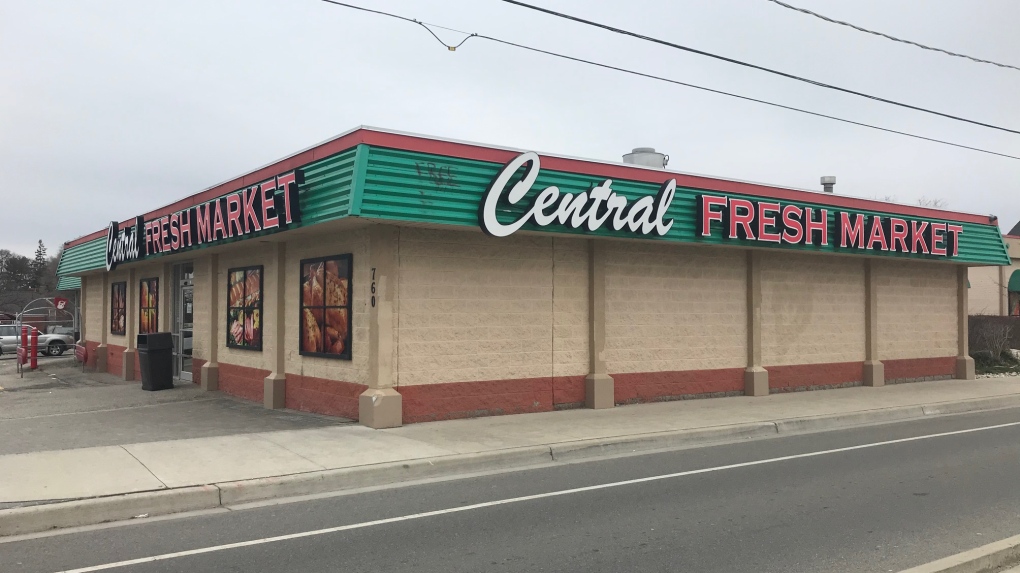 Instead of calling the police after catching a man allegedly stealing, Central Fresh Market sent him on his way with a bag of groceries. (Dan Lauckner / CTV Kitchener)

KITCHENER -- When an independently-owned grocery store in Kitchener, Ont. caught someone allegedly stealing, they decided to offer help.

"Just witnessed a man caught stealing at our local grocery," Twitter user Drkradersma wrote in a post on Monday evening.

That grocery store turned out to be Central Fresh Market in midtown Kitchener.

The Twitter user says they heard the owner say, "we will feed you," and that, five minutes later, they saw a man walking through the parking lot with a bag full of groceries.

Nearly 100 people took to Twitter to find out which grocery store it was and to offer their support. Thousands more liked the post.

While Central Fresh Market declined to comment, they took to the platform as well to share their side of the story.

"We were simply helping someone in need, many are very fortunate NOT to worry about their next meal," the company wrote on Twitter.

The tweet calls food insecurity in the community "heartbreaking."

The decision to help the person in question has had a far-reaching impact on the community.

Twitter user Drkradersma says their 13-year-old son was watching, too.

"This made a powerful impression on him."

Just witnessed a man caught stealing at our local grocery. Watched the owner confront him and pull fruits & vegetables out of his pack. Then heard the owner say, “we will feed you.” 5 minutes later saw the man walking thru the parking lot with a bag full of groceries. #kwawesome