The Brantford Police Service says it’s working to determine how officers knocking down a door for a drug investigation ended up at the wrong home.

In a statement issued Friday, the service said tactical officers “breached the incorrect door” the day before as part of an operation with multiple warrants.

“The Brantford Police Service acknowledge that this experience would have been unsettling for the impacted and have engaged Victim Services of Brant to ensure those affected receive the assistance they require,” the statement from police said in part.

Former commissioner for the Ontario Provincial Police and CTV News public safety analyst, Chris Lewis, said he hears about wrong addresses being breached a few times a year across Canada.

Lewis, who is not associated with the case, said it also happened to him once.

“The person we were executing the warrant on switched apartments with somebody else in the building and we didn't know that,” Lewis said. “So [in] the time [between when] the warrant was written and approved, to the time we went to kick the door in, these two people swapped apartments.”

“We went in the right place, but it wasn't the right person there, and it scared the heck out of some poor lady who had switched apartments with a drug dealer.”

“But it wasn’t done with any malice, I’m sure,” he continued. “It’s just somebody made a mistake in writing down that address on the warrant.”

Lewis said a lot of preparation goes into executing each warrant.

“Some reconnaissance, pictures of the area, figuring out the best approach with tactical officers and what not as they plan that raid, but something broke down in there somewhere,” he said, referring to the incident in Brantford.

The wrong address in Brantford was part of an operation called “Project Viking,” which included three search warrants executed under the Controlled Drugs and Substances Act.

Police said the investigation began in May when a GTA man was suspected of supplying drugs to Brantford and the surrounding area. 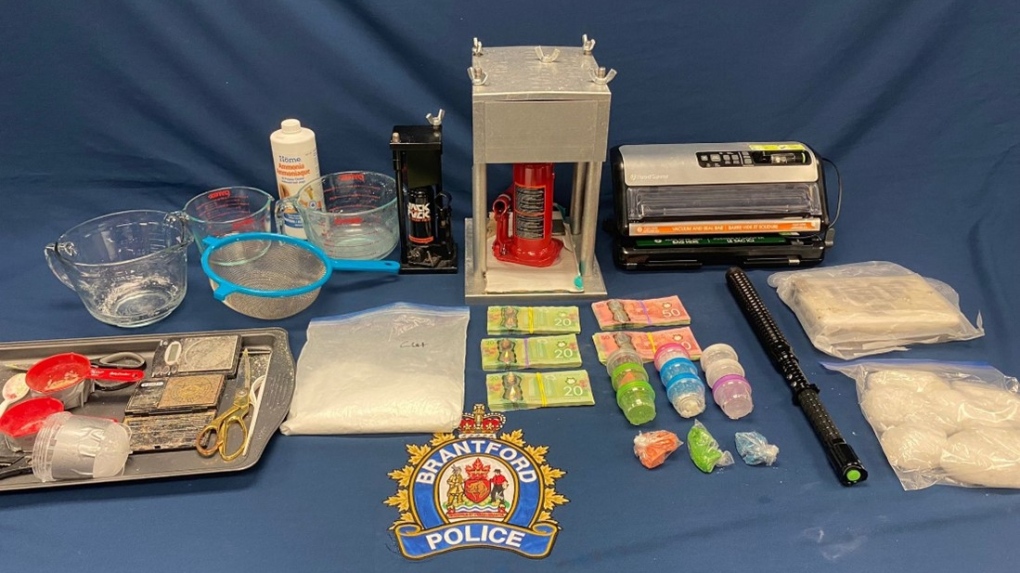 Drugs, cash and other items seized as part of 'Project Viking' appear in a police handout photo. (Submitted/Brantford Police Service)

On Thursday, officers seized $636,200 worth of fentanyl and methamphetamine along with brass knuckles and some cash.

According to Lewis, the Office of the Independent Police Review Director may also investigate, but only if the person whose home was incorrectly entered makes a complaint.

It’s unclear how the wrong address situation came about, how long it took to realize the mistake, or how many people were home at the time.

CTV News requested an interview with Brantford police on Saturday but were told no one was available.