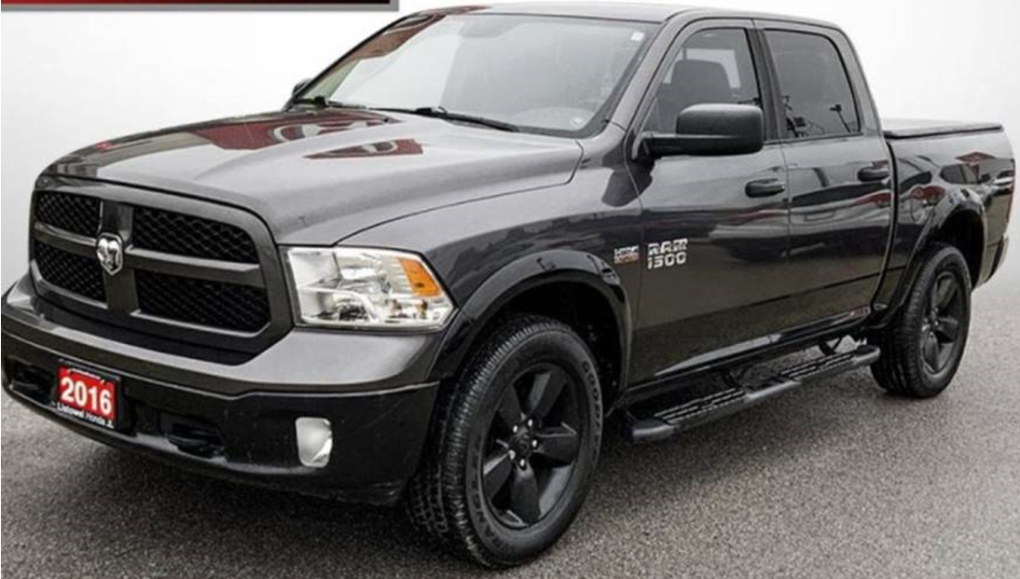 Provincial police are investigating a Dec. 31 break and enter that led to the theft of five vehicles from a dealership in Listowel.

Three of the vehicles have now been recovered, OPP said in a media release Thursday.

But two Dodge RAM pickup trucks still have not been found.

Police said around 2:30 a.m. two people broke into a business on Wallace Avenue North. They stole keys and left with five vehicles valued at a total of $140,000.

The three vehicles that were later recovered had been affixed with stolen license plates from South Bruce. A 2018 Audi and a 2012 Mercedes Benz were recovered in Wellington County. A 2017 Chevrolet Silverado was recovered in the North Bay area.

The stolen vehicles are:

Police ask anyone with information about the incident to call OPP at 1-888-310-1122 or contact Crime Stoppers.

Canada is sending an additional 20,000 rounds of ammunition to Ukraine for the Ukrainian military to use in its ongoing defence against the Russians. This ammunition—155mm calibre, as well as fuses and charge bags—is being donated, but comes at a cost of $98 million, according to the federal government.

Power outages caused by the powerful and deadly storm that swept across Ontario and Quebec on Saturday are stretching into another day, as hydro providers warned customers they could be waiting even longer for service to be fully restored.

An infectious disease expert believes monkeypox outbreaks can be contained by using a strategy called 'ring vaccination' – which means vaccinating all the close contacts of an infected person.

Health Canada says it is preparing for the possibility that a shortage of sunflower oil could further strain baby formula supplies in Canada.

11 killed in shooting attacks on 2 bars in Mexico

Russia's theft of Ukrainian grain appears to be ramping up as it continues its war on the country, according to new satellite photos of the Crimean port of Sevastopol.

A report looking into a mapping program the RCMP had access to -- but couldn't open -- during the 2020 mass shooting in Nova Scotia concludes it could have helped contain the killer's rampage.

Actor Amber Heard rested her case Tuesday in the civil suit between her and ex-husband Johnny Depp without calling Depp to the stand.

Workers digging through the rubble of an apartment building in Mariupol found 200 bodies in the basement, Ukrainian authorities said Tuesday, as more horrors come to light in the ruined city that has seen some of the worst suffering of the 3-month-old war.