Fire crews from 7 stations called to shed fire near Elmira

Firefighters spent several hours working at a farm property northeast of Elmira on Wednesday – working not only to bring a fire under control, but to stop it from spreading to a nearby barn containing livestock.

Crews were first called to a property on Reid Woods Drive, east of Arthur Street, around 12:30 p.m.

Over the course of the day, dozens of firefighters from seven separate stations were called in. Smoke from the fire could be seen from as far away as Waterloo.

The fire had broken out in a shed. A barn containing cattle and horses was only a few metres away. 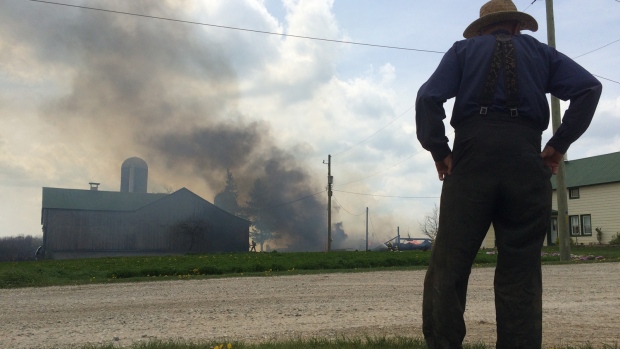 Firefighters were able to contain the fire to the shed, which was destroyed.

The cause of the fire remains under investigation. It is not believed to be suspicious.