'Like a missile that could explode': Dozens of propane tanks found in area of Cambridge encampment fire

'Like a missile that could explode': Dozens of propane tanks found in area of Cambridge encampment fire

The Cambridge fire department says an encampment fire that shut down Highway 401 in Cambridge Wednesday night could have been a lot worse as dozens of propane tanks were later found in the area of the fire.

On Thursday, Captain John Percy, fire prevention officer with the Cambridge Fire Department, said those propane tanks “could be like a missile that could explode.”

“Our primary concern after that, after the people, is the use of propane tanks in the area, and they were probably 60 propane tanks,” Percy said. “Ones that we would use for our barbecue that are being used in this facility. The challenge with propane is that it’s a compressed gas.”

The fire resulted in a section of Highway 401 eastbound in Cambridge being shut down just after 9 p.m. for several hours. 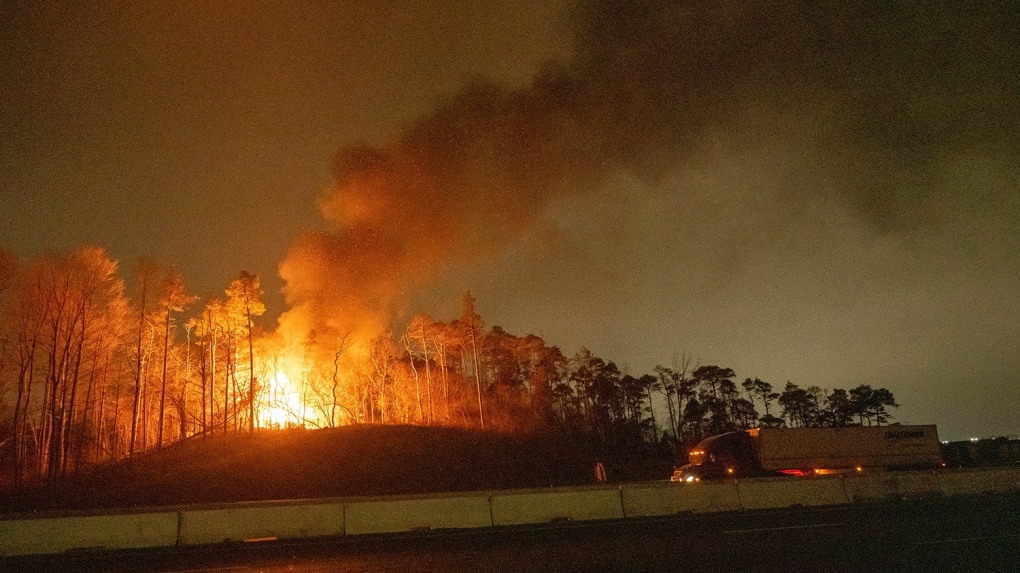 On Wednesday, around 9:40 p.m., OPP tweeted the highway would be closed between Hespeler Road and Franklin Boulevard.

“When we arrived, we had a big fire getting access to highway 401 we asked the OPP to shut it down,” said Percy.

One of the roughly ten makeshift shelters in the camp was completely destroyed. Cambridge fire officials say no one was injured, but they said this was a very dangerous situation.

Used at the encampment for cooking and heat, Percy said in the case of a fire, a propane tank can become a bomb.

Encampment fires are, however, proving to be a challenge for firefighters.

“Accessibility is one issue. The other is the challenge that we don’t know the type of activity because it’s not constant,” he said. “It’s very challenging for our firefighters because we don’t know how to plan.”

Percy said to help protect those living in these encampments, they try to pass along fire safety advice. 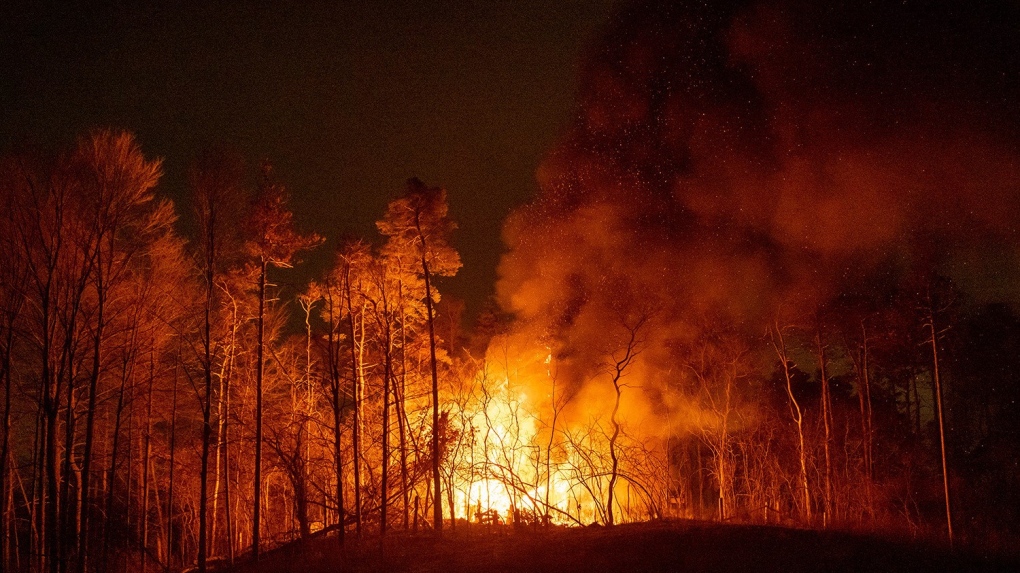 “We have provided public information in the past, we work with our bylaw and facilities department to make them as safe as we can,” Percy said.

Officials said there is only so much they can do to help those living in encampments.

Officials said there were no injuries reported. 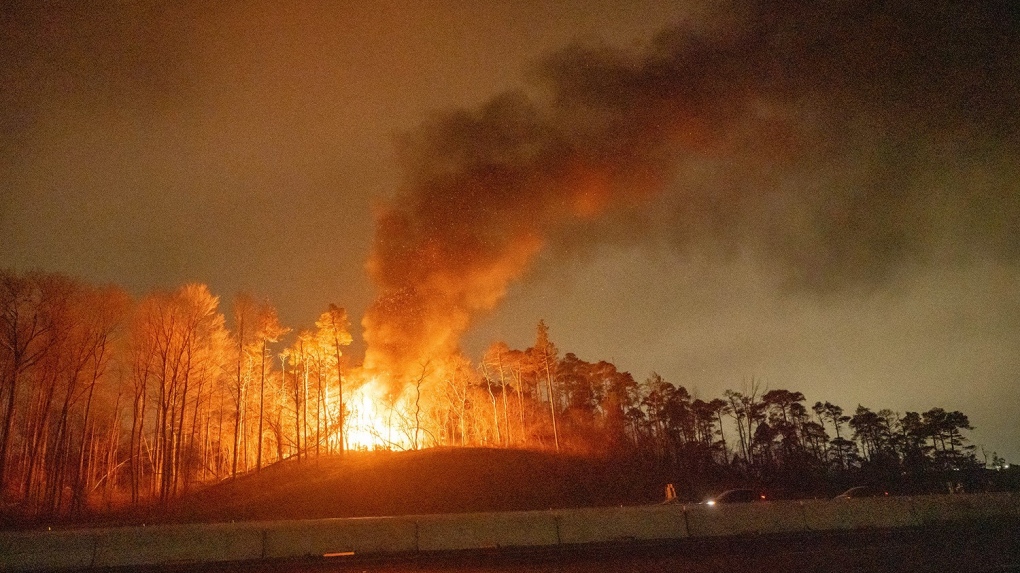 Around 3 a.m., OPP tweeted that the highway had been reopened.

Video posted on twitter shows the flames coming through the woods along side the eastbound lanes of the 401.

Big fire on the 401 near Cambridge. pic.twitter.com/axG3nOL9UE