A farm in Erin is one of a few farms in Ontario that breeds water buffalos.

Majestic Water Buffalo has up to 30 water buffalos on their property.

“We are the only farm, that we are aware of, that raises ours just for meat,” said Karen Mansfield, who owns the farm. “We are specializing just in water buffalo meat.”

Mansfield said the other two water buffalo farms in the province use the animals for dairy products. 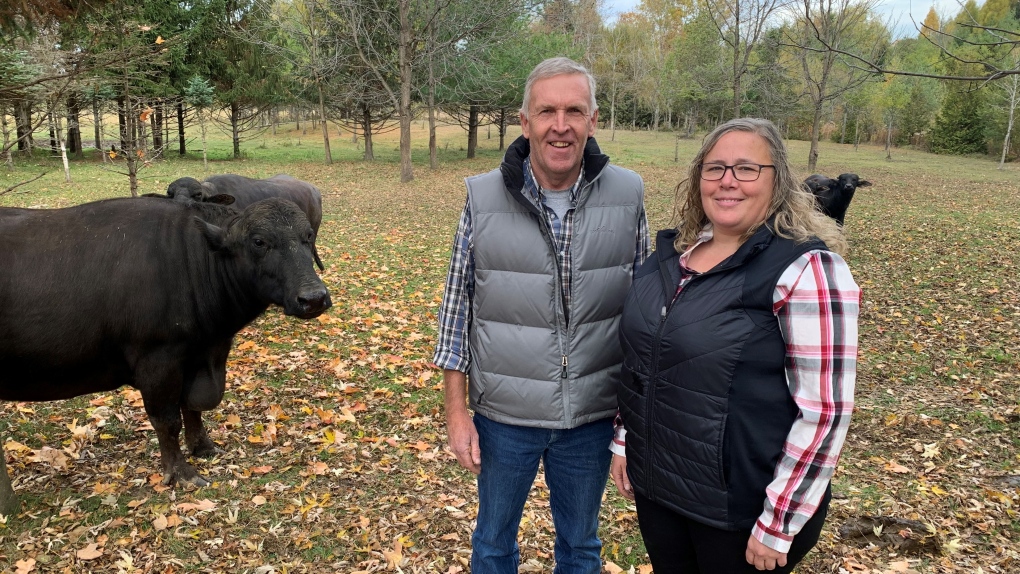 She and her partner Andy Fraser got into the market in 2015, after visiting India, where water buffalos originate.

“When I came back, did some research and found that we have a small population of them here in Canada. We started out buying out two cows and raising them for a year, to see if they survived and we survived the year. It’s still a big learning curve. We had to learn a lot of things but it’s mostly been successful for us,” she said.

Caring for the mammals are similar to raising cattle although the two animals are not part of the same family.

“We get a special mineral mix made for them. Their nutrient needs are little bit different than cattle are,” Mansfield said.

Once the water buffalos are about 14 to 16 months old, they are sent to an outside facility to get slaughtered.

“We hang the meat for two weeks and we cut it then,” she said. “Same cuts you would get from beef, so during BBQ season, steaks like ribeye and striploin are really popular.”

She said the taste is similar to beef but is easier to digest.

“What you end up with is a lower fat, lower calorie, low cholesterol dish. Really simple to switch out in your diet.”

The couple sell their meat at local farmer’s markets. This summer, they also opened a store at the farm.

“I would quite often hear at the famer’s markets ‘can I see the buffalo?’ So they can come out to the farm store, they can see [the animals] and they can shop the store.”