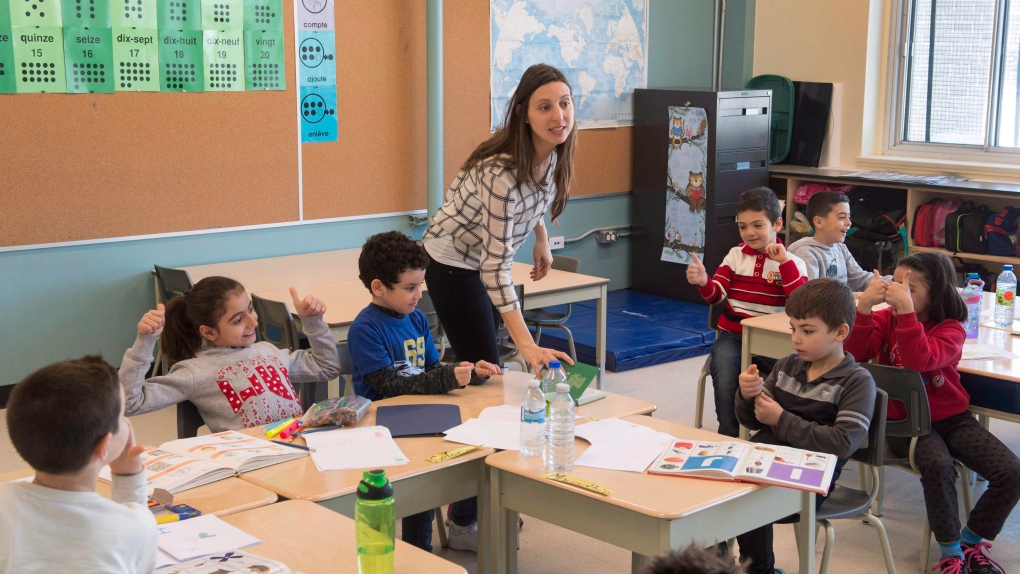 Teachers in Ontario's English Catholic system have voted 97 per cent in favour of a strike.

TORONTO -- Ontario's elementary teachers will start a work-to-rule campaign on Nov. 26 that they say will not affect students, but is just the first phase in potentially escalating job action.

The Elementary Teachers' Federation of Ontario says their action will target ministry and school board administrative tasks. Members are being told not to complete Term 1 report cards, not to participate in any professional learning from their school board or the ministry outside of school hours, and not to do any online training by the ministry.

Teachers are also being told not to take part in any school board activities on professional activity (PA) days and not to respond to any emails from administrators outside of school hours, except if it is about safety, support for students with special needs or for a supply teacher to accept a job.

ETFO said its job action will be incremental, and the work-to-rule will continue either until the union deems it necessary to ramp up the strike or a new contract is reached.

"Our goal is to turn up the heat on Premier (Doug) Ford and his education minister, Stephen Lecce," union president Sam Hammond said in a statement.

"It's critical that they finally come to contract talks prepared to address the real issues of concern: more supports for students with special needs, the protection of Ontario's kindergarten program and critical issues like addressing violence in schools."

Hammond has said preserving full-day kindergarten is one of his members' key issues.

After the previous education minister, who was ultimately demoted, opened the door to changes to the program, the government later committed to "full-day learning" -- phrasing that doesn't ease the union's fears.

But Lecce has said that contrary to how all of the province's education unions are framing the talks, compensation is a major issue. They are looking for roughly two per cent wage increases, the minister has said, but the government just passed legislation limiting raises for all public sector workers to one per cent per year for three years.

The unions have said they are preparing a court challenge, saying the law infringes their right to collectively bargain.

Three of the four major teachers' unions, including the elementary teachers, are taking steps toward potential strikes as they negotiate with the government for new contracts, after the previous ones expired Aug. 31.

Catholic teachers have voted 97 per cent in favour of a strike but aren't yet in a legal strike position, while talks between the government and French teachers continue.

Negotiations between the province and the education unions started on tense terms a few months ago amid government moves to increase class sizes, and the recent wage cap bill has further angered teachers.