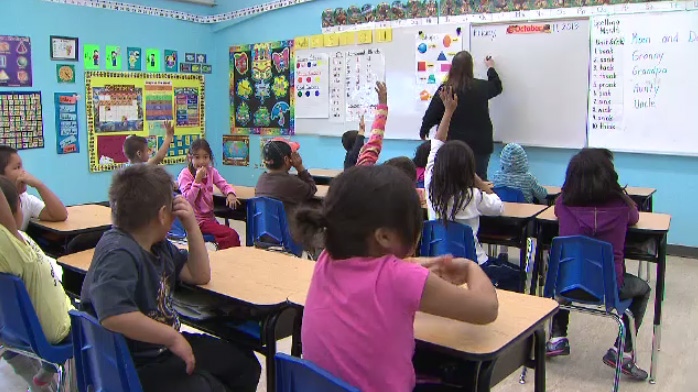 TORONTO -- Elementary teachers in Ontario are stepping up their job action with a new phase of their work-to-rule campaign.

They are also threatening to start rotating strikes next Monday "if the government refuses to address critical issues" by Friday.

This round of contract talks has been difficult between the government and all major teachers' unions, with most at varying stages of job action.

In English Catholic schools, teachers will start their own work-to-rule campaign, including not participating in standardized testing, preparing report card comments or participating in Ministry of Education initiatives.

And on Wednesday, high school teachers will stage the latest in a series of rotating strikes, this one affecting boards in Ottawa, Hamilton, Durham Region and other areas across the province.

Education Minister Stephen Lecce says teachers in the French system have also announced a work-to-rule campaign, but the union would only say that it will talk about the next steps in the bargaining process at a press conference on Tuesday.

Catholic and high school teachers were angered when the Tories announced in March that average secondary school class sizes would jump from 22 to 28 and four e-learning courses would be mandatory for graduation.

The province has since scaled back those increases, to an average class size of 25 and two e-learning courses, but the unions say that's not good enough.

All of the major teachers' unions are also going to court to challenge legislation that caps wage increases for public sector workers.

For elementary teachers, the union has said key issues are more supports for students with special needs, addressing violence in schools and preserving full-day kindergarten.

Lecce has repeatedly said the key sticking point in negotiations with high school teachers is compensation, with the union demanding a roughly two-per-cent wage increase and the government offering one per cent.

The Canadian Press first published this article on Jan. 13, 2020.