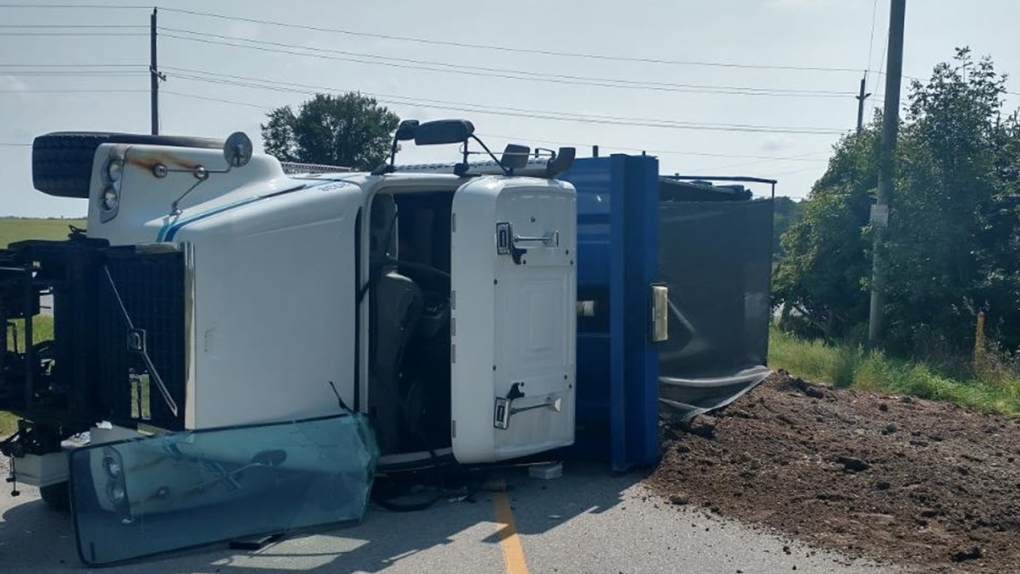 A dump truck was found rolled over with its contents spilled at an intersection in Wellington County.

The driver was transported to a local hospital with non-life-threatening injuries.

According to a media release, the truck spilled about 14 tons of earth onto the roadway.

OPP Const. Joshua Cunningham said in a video posted to Twitter the OPP are asking for witnesses to contact them.

The area was temporarily closed for cleanup.

The cause of the crash is still being investigated.