Driver does burn-out after being pulled over, gets charged with stunt driving 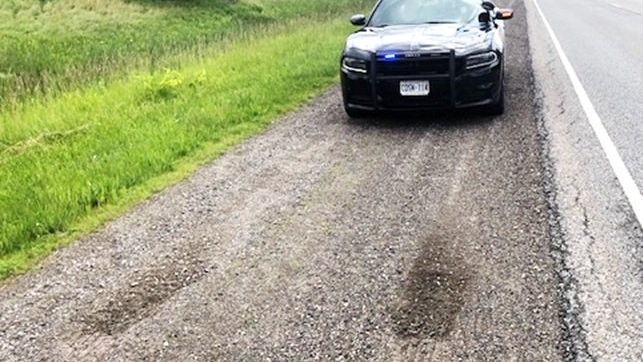 Police say the driver did a burn-out after a traffic stop, leading to his vehicle being impounded. (@OPP_WR / Twitter)

A protest from a driver who was pulled over on the Hanlon Expressway was not met with amusement by provincial police.

Officials say they stopped a driver after failing to move over for an emergency vehicle with its lights on.

After the officer gave him a ticket, they say the driver, 25, did a "'burn-out' in protest."

The driver, who is from Guelph, was charged with stunt driving as a result.

His vehicle was impounded and his license was suspended for seven days each.

He's set to appear in a Guelph courtroom on Sept. 4.