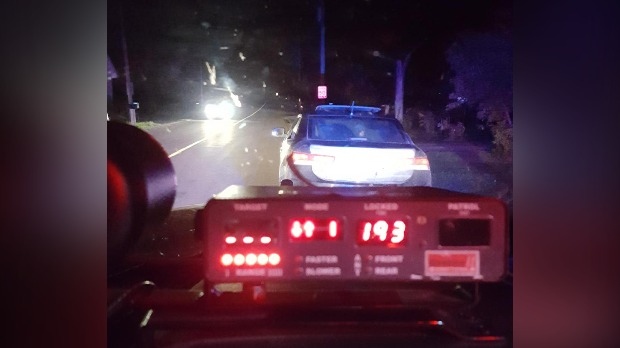 A driver has had his car impounded and his license suspended after police say he was clocked going 193 km/h. (@OPP_WR / Twitter)

A driver has lost a car and his license after police say he was clocked going more than 110 km/h over the speed limit.

Haldimand County OPP said in a tweet on Monday morning that the driver was seen on radar going 193 km/h in a posted 80 zone.

The driver, a 33-year-old man, was charged with stunt driving and had his vehicle impounded for seven days.

His license was suspended for the same amount of time.

Police say they also charged another male driver, 17, after he was caught on radar going almost double the 80 km/h speed limit.