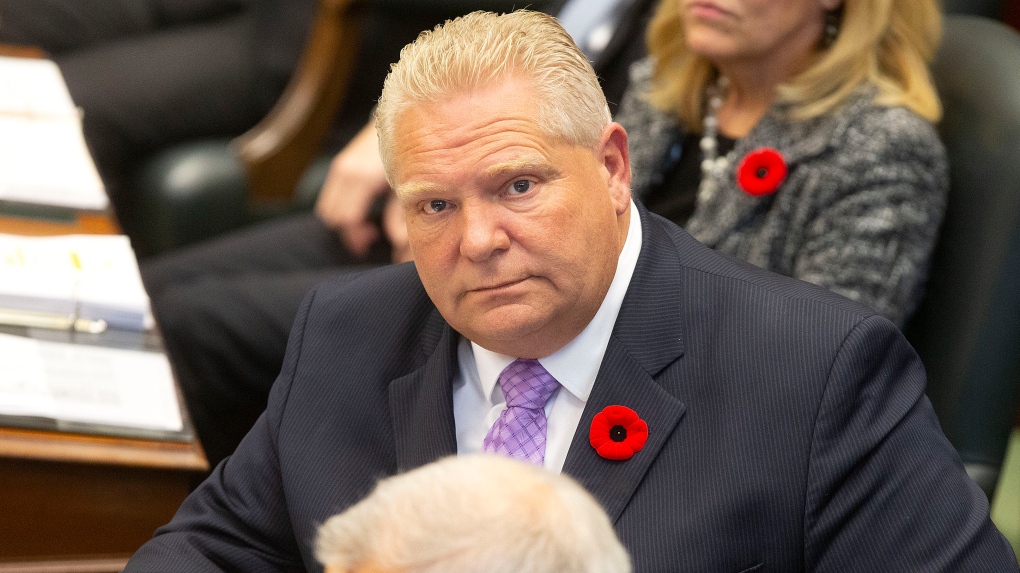 TORONTO -- National unity was top of mind for Ontario Premier Doug Ford on Monday as he offered to host a meeting of provincial leaders to address what he called Western Canada's alienation in the wake of the federal election.

Ford made the comments during his first news conference since the federal Liberals were re-elected last month with a minority government but did not win a single seat in Alberta or Saskatchewan.

He said he was troubled by the results of the Oct. 21 federal vote, but added he understood the concerns of people in Western Canada.

"People in Alberta, people in Saskatchewan ... they just feel like they're being ignored," Ford said. "I've never seen this country so divided but we have to stay united."

During the bruising 40-day election campaign, Prime Minister Justin Trudeau often took aim at Ford, campaigning against the Ontario premier who made few public appearances and did not stump for the federal Conservatives.

Ford said the idea of hosting a meeting came up during a conference call on Friday with almost all of the premiers. He said they also discussed infrastructure, health-care spending, and holding the federal government to commitments the Liberals made during the campaign.

"We have to work together," Ford said of the provincial and territorial leaders. "We have to send a message to the world that there's certainty here.... All the premiers that we spoke to thought it would be a good idea to get together and send that message. But also, let's listen to the concerns of people out West."

Ford also said it's important to listen to Quebec, especially given that the Bloc Quebecois won more seats than any other party in that province.

A spokeswoman for Prime Minister Trudeau said Canadians expect elected officials from all levels of government to work together for the country.

"In contrast with his predecessor (Stephen Harper), the prime minister has held regular First Ministers' meetings over the past four years and intends to continue doing so in the years ahead," Chantal Gagnon said in a statement. "He also intends to continue meeting and speaking with premiers individually as well."

A spokeswoman for Alberta Premier Jason Kenney said the premiers had a good discussion about the federal election results during the conference call last week.

"Further to that, Premier Kenney would support a meeting of the Council of the Federation in Toronto, or anywhere else for that matter," Christine Myatt said in a statement.

A spokesman for Quebec Premier Francois Legault said he is always interested in meeting with his counterparts.

"Our government wants to continue discussions and good co-operation on the various files, always with the objective of defending the provinces' areas of jurisdiction and the interests of Quebecers," Ewan Sauves said in a statement.

A spokeswoman for British Colombia Premier John Horgan said the premiers will likely have national unity on their agenda whenever they meet next.

Meanwhile, Ford also made a fundraising pitch to his supporters Monday based on his national unity messaging, mirroring his comments to reporters.

"I'm good friends with these premiers. Out West, and in Quebec too," Ford said in the appeal. "If Trudeau doesn't get this right, some really big problems are going to get a whole lot worse."

This report by The Canadian Press was first published Nov. 4, 2019.