Hundreds of drivers are hoping to crash their way to the top prize at the Billy Bash Demolition Derby in Burford this weekend.

"It's a good way to vent out your aggression," said Chris Hansen, one of the derby drivers participating at the event.

"There's no more adrenaline feeling than smashing up a car, climbing out and getting a trophy," said derby organizer Ron McClung. "Most of the time you get a check or cash money with it."

Some of the participants don't even have their driver's license yet. 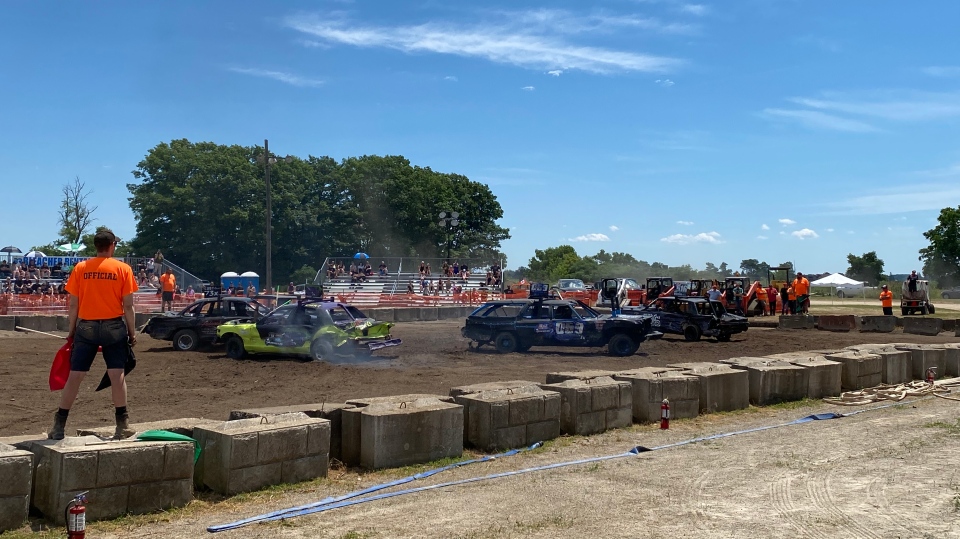 As for the vehicles, most won't last beyond Sunday.

"I plan on not having to load it back onto the trailer," said derby driver Joseph Eggett. "It's going to be written off."

"There's some cars here that are worth upwards of $30,000 to be smashed," added McClung.

The Billy Bash Demolition Derby returned this year after a nearly decade-long hiatus.

McClung said he has big plans to make the event bigger and better.

"We have 150 drivers signed up throughout the weekend," he explained. "I have people here from Illinois, from Pennsylvania, New Liskeard. There's drivers signed up from as far away as Quebec. We're having a demolition derby, figure eight racing, live concert, [and] fireworks on Canada Day weekend."

McClung said it's about putting on a show and bringing everyone together.

"People can come out and see events like this again, which is lovely. It's a community event and it brings people from all over into the community, which helps the community too."