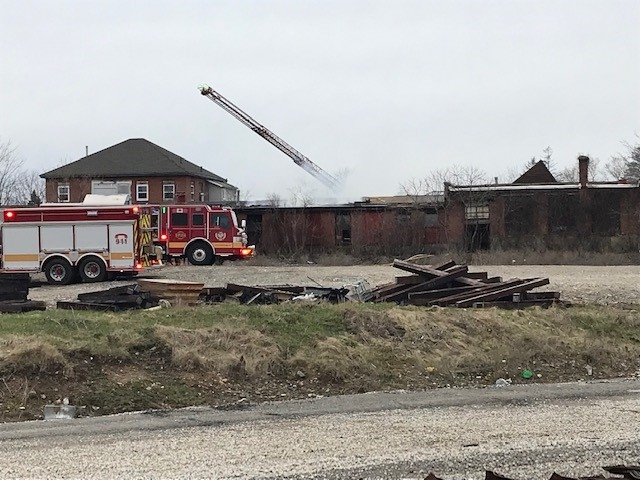 Smoke rises from a building on Dundas Street in Cambridge. (Dave Pettitt/CTV Kitchener)

Firefighters from four stations responded to a large fire in Cambridge Monday afternoon.

Emergency crews were called to the scene in the area of Dundas and Hopeton streets around 11:30 a.m. Monday.

In a tweet posted at 12:06 p.m., the Cambridge Fire Department said the fire was at a vacant building.

Cambridge Firefighters from 4 Stations are on scene of a large vacant working building fire on Dundas St., near Beverly St. Crews are operating in the defensive strategy. No injuries. Avoid the area. @cityofcambridge @CPFFALocal499 pic.twitter.com/7e4rrjpVdR

The fire department said crews were operating in a defensive strategy and asked the public to avoid the area.

The building was evacuated with no reports of injuries.

On Tuesday, officials said their initial estimate of the damage was $200,000.

The investigation into what caused the fire is ongoing.

A government lawyer is telling a Federal Court hearing that the Charter of Rights and Freedoms does not obligate Ottawa to repatriate Canadians held in Syrian camps.