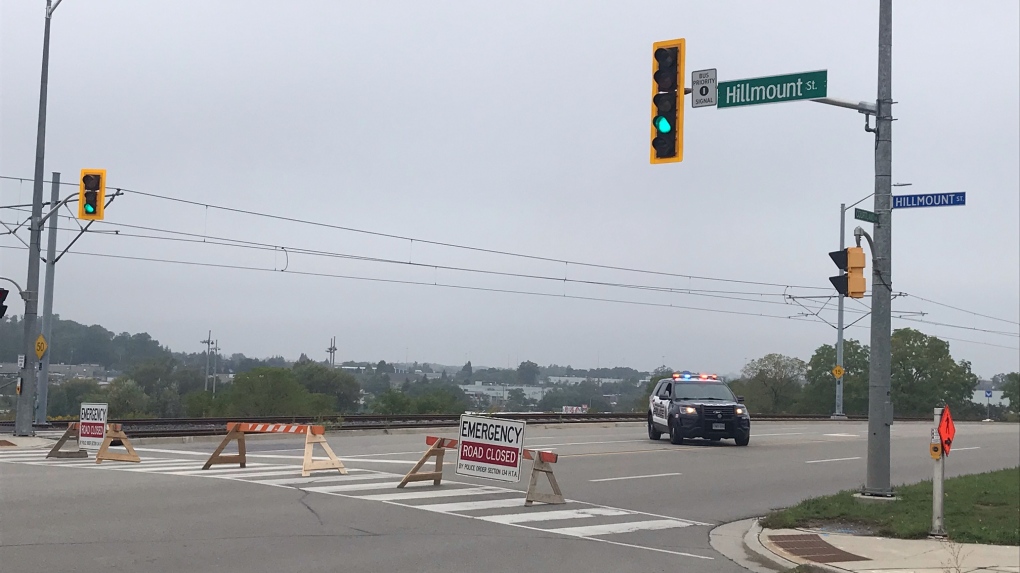 One person has been taken to an out-of-region hospital following a crash between a transport truck and a pedestrian on Tuesday morning.

Police tweeted about the incident in the area of Courtland Avenue near Hillmount Drive around 8:15 a.m.

An update from police said the pedestrian, a 59-year-old man, suffered serious, but non-life-threatening injuries.

Members of @WRPS_Traffic continue to investigate a collision between the driver of a transport truck and a pedestrian on Courtland Ave.

There were traffic delays while police investigated. Police said the road reopened around 10 a.m.

The investigation is ongoing and charges are pending, according to police.

On scene in the area of Courtland Ave near Hillmount Dr in Kitchener for a collision involving a transport truck and pedestrian.

One individual has been transported to an out-of-region hospital.

Expect traffic delays in the area while @WRPS_Traffic continues to investigate. pic.twitter.com/GLkoPIOrpW

On the eve of the 44th federal election, the race between the Liberals and Conservatives remains very close, while Liberal Leader Justin Trudeau maintains a slight advantage over Conservative Leader Erin O’Toole when it comes to preferred prime minister.

The federal election campaign entered its final hours with party leaders making last-minute appeals in whirlwind tours of swing ridings, all while still trying to convince voters to buy into their version of what this vote is all about.

Election primer: Everything you need to know before you vote

On election day, CTVNews.ca has you covered every step of the way.

Albertans needing proof they're vaccinated against COVID-19 were able to download cards from the province's website on Sunday, but almost right away some residents said they were easily able to edit them.

As COVID-19 cases in Alberta surge and health-care leaders call for military aid to help beleaguered hospital staff, some are worried the latest public health measures may not help curb the fourth wave.

Human remains discovered in Teton County, Wyoming, on Sunday are 'consistent with the description of' missing 22-year-old Gabby Petito, FBI officials said in a news conference.

Around half of surveyed Canadians say they support employers mandating COVID-19 vaccine booster shots for their employees, a new poll finds, with Canadians 55 and older being the most in favour.