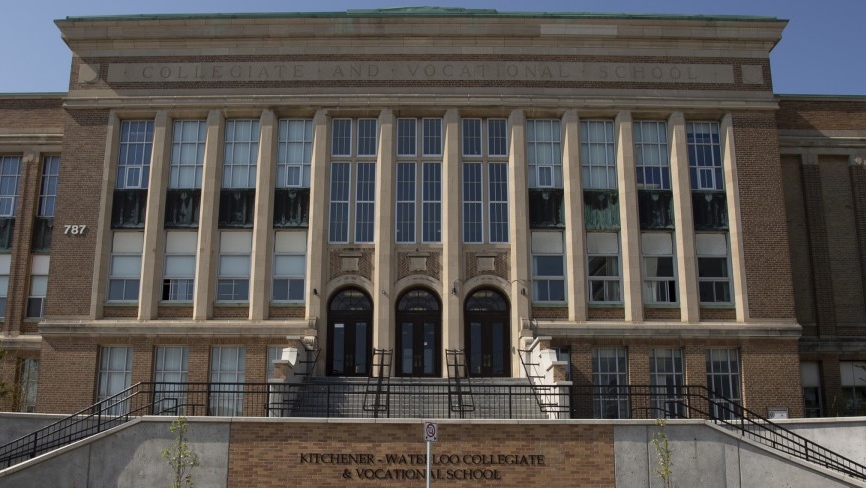 A photo of Kitchener-Waterloo Collegiate and Vocational School from their website.

The outbreak was declared after a second confirmed case at the school was announced on Friday evening, the Waterloo Region District School Board said in a news release. The new case was in a staff member who was in the same cohort as a case reported in a student on Wednesday. That student was last at school on Sept. 16.

The identity of both individuals won't be shared because of privacy legislation.

The WRDSB said no other classrooms or cohorts have been dismissed as a result of the outbreak and no further action is needed for the class where the outbreak was declared. The school board said it's working closely with public health officials to manage the spread of the disease.

An outbreak is declared at an Ontario school when there are two or more confirmed cases with an epidemiological link.