Cancer kept him from golf, but a Waterloo, Ont., team’s sportsmanship left him a winner

A high school golf team conceded a championship win on Thursday, letting a team with an ineligible player, who had missed a year due to cancer treatment, take the top prize.

Zach Hart, 19, was ineligible to compete with the Waterloo Oxford District Secondary School golf team at the WCSSAA Championship on Thursday due to his age.

But the team allowed him to take part, competing as an alternate, because of the year he missed while being treated for a brain tumour and another year missed because of the pandemic.

The Waterloo Oxford team won, but was told it could not submit Hart’s score and could only use the scores of the other three players as the total.

“I was an eligible golfer, but they said if we took my score, we would have been disqualified,” Zach said.

While the Waterloo County Secondary School Athletic Association allowed him to compete because he missed a year, he wasn't eligible to be a part of the overall team score because of his age. 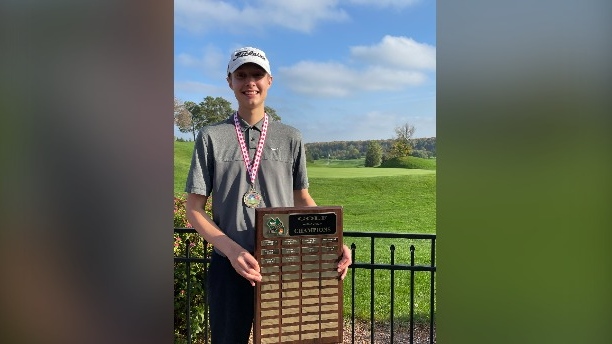 Because of Hart’s ineligibility, Bluevale Collegiate Institute won instead.

That is, until Bluevale players made a surprising decision.

“I forget which one, but one of them pretty quickly said, ‘This doesn't feel right. Can we just like forfeit or, let them win somehow?’” said Jason Forget, Bluevale Collegiate Institute's golf coach.

In an act of true sportsmanship, each member of the Bluevale team disqualified themselves from the event, allowing Waterloo Oxford to win.

Forget has been coaching high school sports for 16 years and says he’s never seen anything like it.

“That is the proudest and the neatest thing I've witnessed,” Forget said.

“It was really shocking, actually. I knew one of the kids on their team, because we've golfed together before,” Hart said. 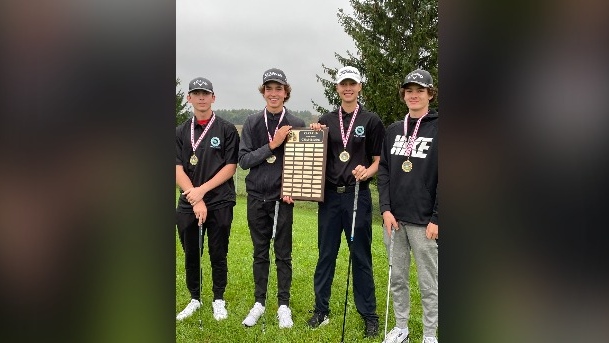 Hart was one of the best junior golfers in Canada in 2018, winning the Maple Leaf Junior Tour (MJT) National Championship. Then he was diagnosed with a brain tumour in 2019.

After three brain surgeries and chemotherapy, Zach Hart is now done his treatment and regularly goes for MRIs.

“I was swinging a club 20 days after my first chemo cycle,” Hart said.

In 2020, Hart returned to school and graduated, but he wasn’t able to compete in any sports due to the pandemic. So he returned for 2021 to play again.

Since his treatment, Hart has worked with the Canadian Blood Services, Paediatric Oncology Group of Ontario, The Ontario Hockey League, Bruce Power, BarDown.com and the SickKids Foundation, sharing his story with the public and helping raise funds for cancer-related causes.

Most recently, he started working with other young elite athletes going through journeys similar to his, including a female tennis athlete with leukemia.

“It was one of the hardest things because I finally got to see what my parents saw,” Hart said. “In the spring, I'd love to have a tennis match against her."

Hart plans to continue swinging a club as long as he can, hoping to create a professional career working in golf.