Campers turn out in droves to celebrate long weekend 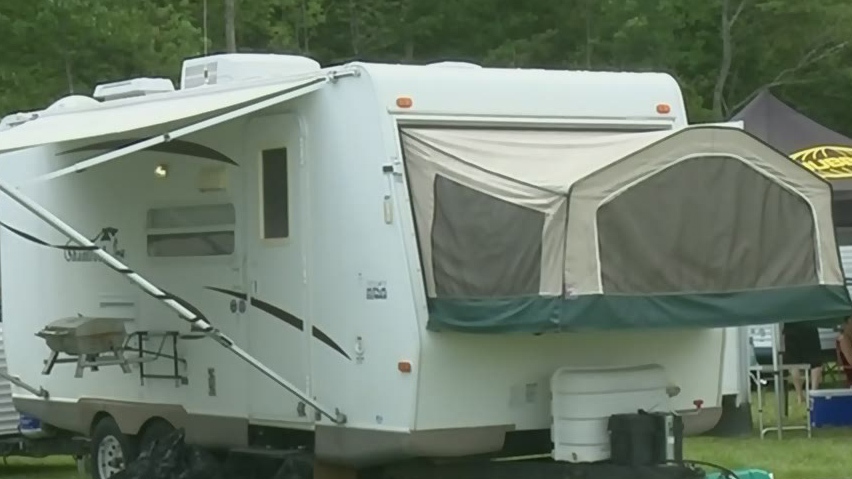 Most campsites at the Country Gardens Campground in Petersburg have been booked for months.

Rain or shine, campers have been waiting for the opportunity to get outdoors, regardless of what the weather has in store.

But that weather has meant delays in work getting done to gear up for the spring season at campgrounds around the region.

“In the six summers we’ve been here, this is the worst and farthest behind we’ve been,” explains Doug Rielly, owner of the Nith River Campground.

From ungroomed grass to barely-blossomed bulbs, he says the inclement weather through April has prevented them from doing much of the work.

Still, hundreds of campers are expected to camp at Nith River for the weekend, who won’t mind if a bit of rain comes their way.

“We still make the best of it, we have a big awning and we sit under the awning,” explains seasonal camper Marlene Kelly.

Still, both campgrounds are fully booked for Victoria Day weekend. Many campers are understanding of the weather’s impact on campsites.

Lindsay Grisebach stays at Country Gardens every year, so she’s used to the unpredictable weather.

“There was a bit of flooding here and there, things they had to deal with, but they’ve been working so hard,” she explains.

At campsites in the region, spots fill up fast for the long weekends—some are booked as early as six months in advance.

With rain a possibility over the weekend, Country Gardens is preparing with family-friendly indoor activities like bingo, euchre and a potluck dinner.