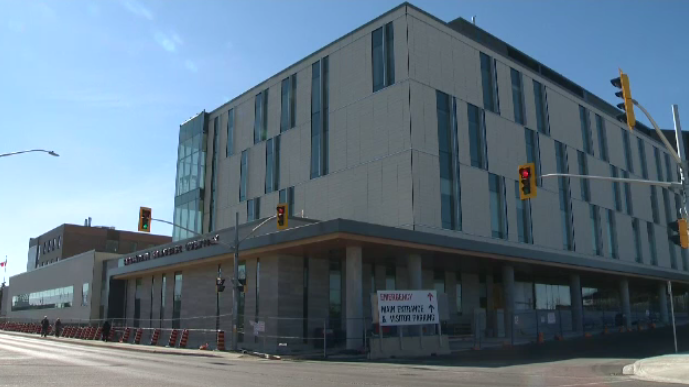 The Cambridge Memorial Hospital seen in this file photo.

KITCHENER -- The Cambridge Memorial Hospital has been hit with an enteric outbreak.

The outbreak in Wing B, Level 4, Medicine A unit was declared on Nov. 30, a news release from the hospital says.

Visits have since been restricted to one person per patient and will stay that way until no new cases are reported for five days.

The hospital says that so far, the outbreak has impacted patients. The release doesn't mention visitors, volunteers or staff.

Symptoms of the illness include vomiting and diarrhea.

The hospital says that cleaning and disinfection has been enhanced in the area and that precautions have been taken for staff and volunteers.

Anyone who is feeling unwell is asked to consider not visiting patients at the hospital.